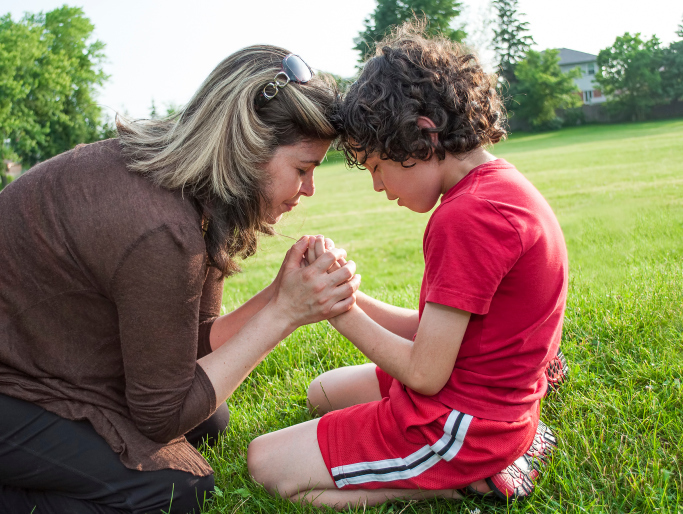 Dave Says: What to Do When Your Kid Steals

I gave my wife $350 for Christmas shopping at Wal-Mart. While she was there with our six-year-old daughter, she cashed her bonus check to put with the Christmas money. When she tried to check out, the money was gone. My wife even asked our daughter if she took the money out of mommy’s purse, and she said no. Later, we found the money in our daughter’s coat, and she didn’t seem sorry at all for having taken it. How should we address this?

Most children that age really have no idea something like this is such a big deal. But this is more than just a money thing. It’s something of great value, and it’s someone else’s stuff. Not only that, but she took it, lied about it and then showed no remorse. I’ve got a really short fuse when it comes to lying, but the lack of repentance and sorrow associated with something like this are my biggest problems.

First of all, you and your wife have to present a united front when you talk about this with your child. This is an incredible example of a teachable moment, but you two have to be on the same side and treat it with appropriate seriousness. You have to make your daughter understand that what she did was wrong and why it was wrong. Perhaps you could also use an example of someone taking something from her — something that was very valuable to her — and ask how she would feel in that situation.

Lots of times this approach, especially with little kids, will touch their hearts and help them realize the magnitude of their actions. In a case like this, I think I’d hand out very little in the way of punishment. Regardless, you have to nip this kind of thing in the bud immediately. This is the kind of violation you cannot allow to happen unaddressed. And whatever the consequences of her actions end up being, you must make sure she clearly understands why she’s being punished and why what she did was wrong.