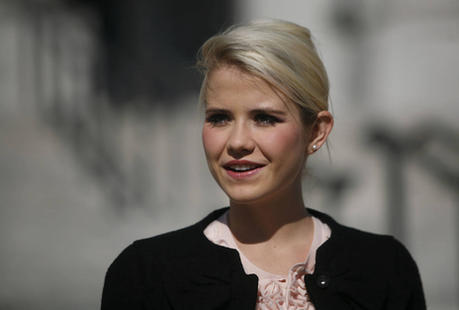 During a human trafficking forum held at John Hopkins University, Salt Lake City native Elizabeth Smart spoke candidly about her nine months in captivity after being kidnapped in 2002 and the importance of educating children at a young age about how to stay safe and remember their self-worth.

Since her rescue in March of 2003, Smart has been asked on numerous occasions why she didn't run or why she didn't scream. While Smart expressed her frustration with such questions, she reminded the audience what many children who have been trafficked feel.

One answer speaks to the core of the power in human trafficking. Smart, like many others who have been kidnapped and raped, felt worthless.

"I felt so dirty and so filthy," she said.

Human trafficking goes beyond fear, according to Smart, and reaches the feelings of self-worth. Victims think to themselves, "Who would ever want me now? I'm worthless. That's what it was for me the first time I was raped," she said.