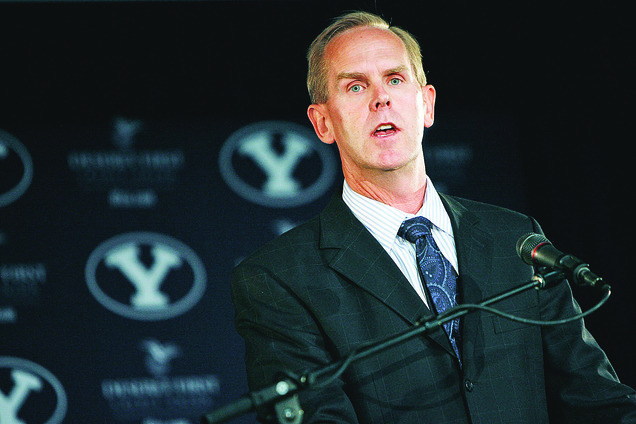 Provo -- There have been the expected headaches over football scheduling -- ask anyone who endured 20 degree temperatures and an 8:15 p.m. kickoff to watch BYU blast Idaho 52-13 last November -- appearances in less lucrative bowl games, and some basketball games in venues so small they resemble high school gymnasiums.

But BYU athletic director Tom Holmoe said last week without hesitation that, knowing what he knows now, he would do it all over again. Almost three years since BYU announced it was going independent in football and moving most of its other sports teams to the West Coast Conference, the school’s coaches and athletic administrators continue to trumpet the bold move as an unequivocal success.
Read the rest of this story at sltrib.com