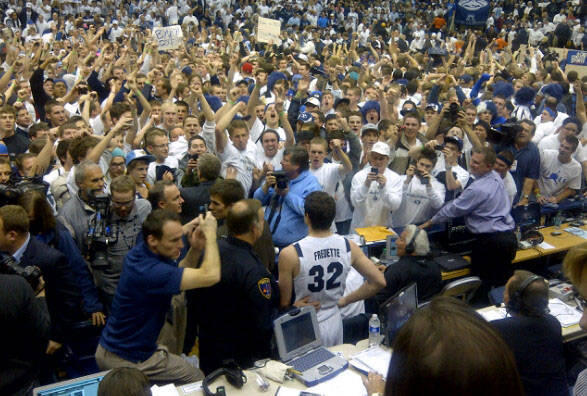 From hoop stars to rock stars, Jimmermania has celebrities talking

Kevin Durant of the Oklahoma City Thunder scored 47 points in an NBA game Wednesday night. But he only ranked his performance second-best.

On his Twitter account late Wednesday night, Durant posted this exclamation: "Jimmer Fredette is the best scorer in the world!!"

They should know. Fredette spent time with the USA Men's Basketball camp last summer, where he got to match up against talent like Durant, Derrick Rose, Rajon Rondo and Stephen Curry. So NBA stars have seen Jimmer's game first-hand -- and they're not shy about giving props.