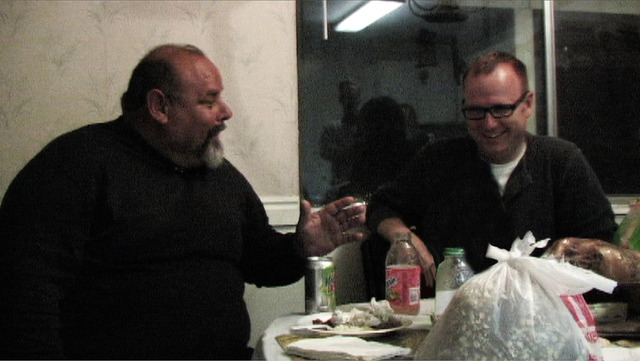 How I Became Friends with a Conference Protester

If you would have told me ten years ago that it was possible for me to form a genuine, lasting friendship with one of the protesters outside general conference, I would have questioned your testimony and standing in the Church.

Perhaps I would have nodded my head and agreed that Jesus would have us love our enemies, but it wouldn’t have registered in my mind that actually doing so was possible or even expected. Instead, I would have likely argued that it was a greater sign of righteousness to courageously stand against them and refute all their lies.

As a young boy, I vividly recall the protesters shouting at us as we tried to enter Temple Square during conference weekends. I remember seeing them at the Manti Pageant with all their propaganda, while many well-intended Mormons fruitlessly argued with them.

In hindsight, I now recognize how these people had a significant impact on my spiritual development. Their antics are legendary in Mormon folklore. I can’t bring to mind even one active Latter-day Saint who isn’t at least fairly aware of their reputation.

About six years ago, I found myself watching all sorts of YouTube videos that various Mormons had posted, documenting a number of these “Anti-Mormons” who were allegedly persecuting us during sessions of general conferences. I found myself furiously focusing on one particular protester: Ruben Israel. Ruben encompassed every negative memory and impression I had of these protesters growing up. He was loud. He was intentionally provocative. He was extremely in-your-face. And he was adamantly “Anti-Mormon.”

As I dwelt on this, the anger inside me swelled to an almost unbearable level. I began to hate these people—but in Ruben I found my nemesis. It is sad to relate just how deep this anger grew within me. Perhaps even sadder is how readily I lumped so many other Christians in with people like Ruben.

I’m not sure exactly what happened to jolt me out of this destructive cycle, but one day I was discussing this issue with a close friend, and the radical thought came to me that maybe I was the one in the wrong. Suddenly on that day, it was incredibly clear to me that the greater sin lay with me.

Here I was, a member of the Church, married in the temple, actively engaged in my callings, demanding that the world recognize me and other Mormons as Christians, and yet it was clear that if I died at that moment, I would not be completely clean.

Now, I would be lying to say what happened next was the natural result of my immediate repentance. Rather, it was born out of a sincere attempt to find closure and move on.

At the suggestion of my friend, I considered tracking Ruben down at the next general conference and offering to take him to lunch. I clung to this idea as an impossible possibility until it became clear that I would do it. As the day grew closer, I sensed much more of those warm tones swelling up inside me. I genuinely felt that such a gesture would be a sufficient offering to God.

But I forgot to leave room in my plans for God’s will.

To make a very long story short, Ruben accepted my nervous offer to buy him lunch and then offered to treat me (and a couple of my friends) to dinner that night, compliments of him and all his traveling street preacher friends.

To my utter astonishment, I didn’t just find closure that night, I found a friend. Like that impossible moment in middle school when your archenemy suddenly becomes cool, something happened that would be spiritually irresponsible to deny. I felt the love of God for this man, and I can only give credit to the grace of Christ.

I have absolutely no bad feelings towards these people anymore. I no longer refer to them as “Anti-Mormons.” They are street preachers who spend their time and money traveling the country trying to share their version of the gospel. I disagree with the approach and would argue against its effectiveness. But I admire their dedication and courage.

Now when Ruben travels to Utah at conference time, he stays at my home (yes, I still have a temple recommend). He prays with my family and me. He knows my kids, and my kids know him. We have lengthy, honest, and sincere conversations about the realities of our doctrinal differences, but we always show each other friendship and respect.

*To find out the rest of Bryan and Ruben’s story, watch Bryan’s new film Us and Them: Religious Rivalry in America (trailer above). Get the film at DeseretBook.com or see it at select theaters in Utah. Bryan Hall is also the CEO of The World Table, an organization that seeks to increase respectful discourse in the social media by encouraging open and honest communication between trustworthy people.