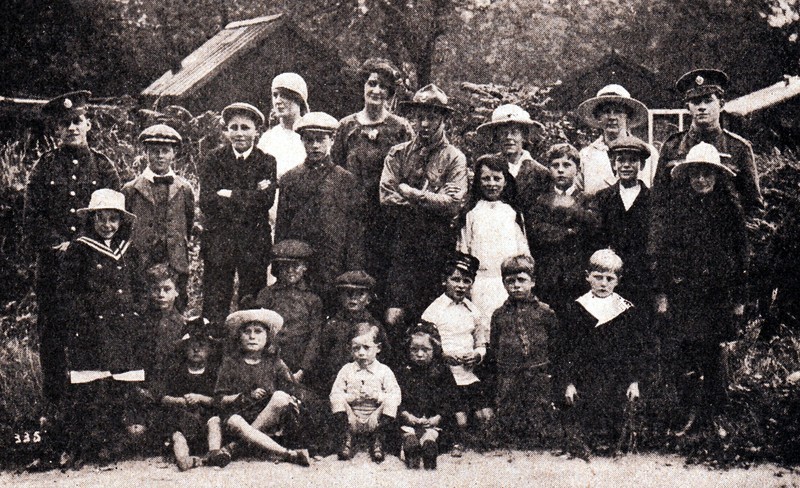 How One Woman's Missionary Efforts Created a Branch in 1900s England

“I was brought up a Baptist,” Eva Rowe Salway wrote to a granddaughter in 1946, “and was always interested in religion, but somehow I could not swallow hell, and the three-in-one doctrine. … After my marriage I stopped that church and tried many others.”

Eva tried Evangelist meetings, and, after leaving her native Guernsey for Southampton, England, she went to the Church of England. She was bitterly disappointed when the preacher of one congregation told her she was “saved,” when she felt no different from before. “I left his home broken-hearted. I had asked for bread, and he had given me a stone. … When my brother was baptized, I felt that if I was baptized I would then feel saved. Perhaps that was what I was missing. I was baptized, but I was in deeper despair than ever after the excitement and novelty was over. I took a class in Sunday school, went to prayer meeting and took part, but gradually fell away.”

She again“went to the Baptist church, but they talked over my head. Went to Plymouth Brethren – I think I liked them best as they seemed more sincere as a congregation. I did not bother with the Catholics then, as I had often gone as a visitor with friends. I tried Wesleyan – they had a good choir, a good preacher and was close to home. … Then I went to an undenominational church. … How I longed for a church! I was surrounded by them, but could find none for me.”