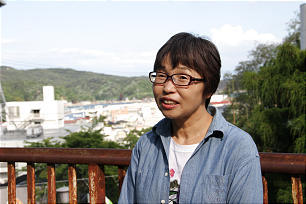 In Japan disaster's wake, members search and care for others

Yumiko Yoshiki was standing in her home on March 11 when the shaking started and things around her began to fall. Tsunami alarms followed.

She grabbed her money and some clothing, and with her adult daughter, started to run. Instantly they realized it would be necessary to flee by car. Sister Yoshiki took one car, her daughter another.

But when Sister Yoshiki of the Ichinoseki Branch, crested the hill in her coastal city, her daughter was not behind her. She wanted to go back, but the story of Lot's wife filled her soul and she knew she must look forward.