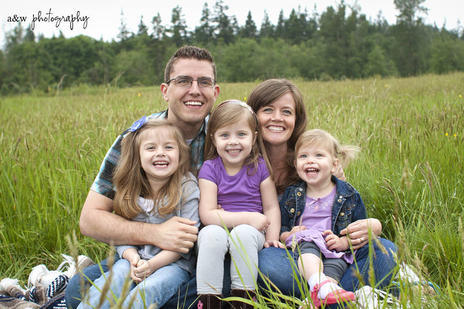 The day before my wife Lolly and I posted our now-notorious blog post about being married even though I'm homosexual, she and I were on a plane together, flying to Las Vegas. We were going down to celebrate our anniversary. We were nervous. We had made an incredibly terrifying decision: The Spirit had spoken clearly, and we knew that we were to publish that blog post. We were terrified to be taking that step. Our time on that flight was spent finishing the post and talking about what would happen when we pressed "publish."

The reasons for our trepidation were many. Though we had no idea that it would go viral and that the next day our image would be plastered on news outlets all over the world, we were still very scared. We worried about how our ward would perceive us and how other members of The Church of Jesus Christ of Latter-day Saints would react. We worried that old friends would judge us or would be critical of me, solely for my sexual orientation. We worried about our daughters. Would this affect them? We worried about the lasting nature of this choice once you share something like this publicly, there is no taking it back. We worried because there are just so many people good, upstanding people who have never personally encountered the issue of homosexuality and thus didn't yet know how to react to it.