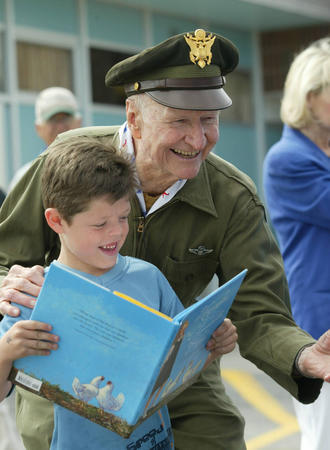 Most military veterans of the World War II era returned home to normal, quiet lives and spent the rest of their years without public acclaim. That certainly is not the case with a Utah veteran whose exploits three years after the war ended remain famous to this day, 66 years later.

"The bottom line is that I'm astounded," said Gail Halvorsen, retired colonel in the U.S. Air Force, as he reflected on his long-lasting fame at his retirement home in Arizona. He splits his time between there and a ranch home in Spanish Fork.

If Halvorsen's name doesn't ring a bell, maybe his nicknames will. He's also known as "Wiggly Wings" — or more often "the Candy Bomber."