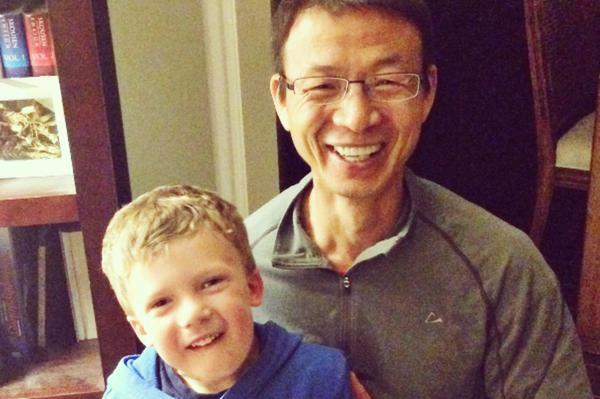 On a chilly, 7-degree morning the day after Christmas, Wan Ho Kou of Herriman and six other runners gathered at the Draper Utah Temple to begin a 56-mile journey on foot toward the Payson Utah Temple.

It was a few months ago when Kou met Ben's parents, Kristine and Rob Watterson, while pacing the two at separate racing events. After spending so many miles with the couple, Kou felt a unique connection and reached out to them through social media. Not long after becoming friends, Kou noticed that Kristine Watterson was posting about some struggles her son was going through.

It was on the drive home from St. George, however, when Kou got the overwhelming thought to dedicate his next big run to Ben. This time, however, he would raise money to help his family with medical bills.

Just a little over a month later, on Nov. 14, Kou would embark on a bucket list item connecting the 12 LDS temples from Logan to Payson through a series of four separate runs. He decided to call the run "The Temple Run 4 Ben" and raise funds with his efforts.