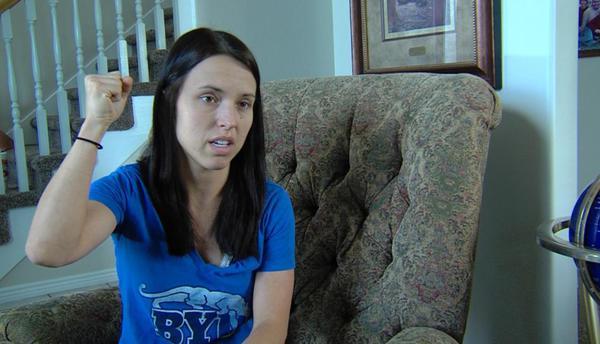 MR says: When an intruder broke into her home and began stabbing Breann Lasley, she thought it was the end. But then she felt her Savior and heavenly help nearby, protecting her.

As Breann Lasley watched her younger sister run out of their house to get help, she thought it was for the last time.

But it was at that moment that Lasley believes she was protected by two people.

The first was her Savior, Jesus Christ. Lasley said when she went on a mission for The Church of Jesus Christ of Latter-day Saints, she had an experience where she felt he was sitting next to her.

"And I had that exact same feeling in that moment," she recalled.

The second was a Salt Lake police officer who arrived as she was being attacked and stabbed multiple times with a knife. He shot and killed the intruder just after the man whispered to her that she was going to die.

"That officer came down so composed. And he came downstairs, and right when we made eye contact I knew I was safe. It's a miracle that he had so much composure and was able to take that shot," she told the Deseret News.

On Monday, Lasley told the remarkable story of her terrifying ordeal that left her with both physical and emotional scars.