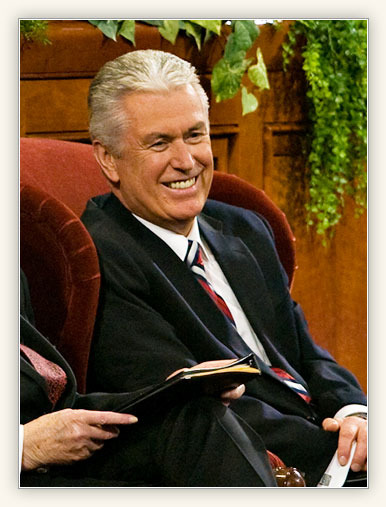 Did Lincoln Read the Book of Mormon?

Abraham Lincoln, Joseph Smith, the Civil War, and Mormon doctrine make for an unlikely mix—but each is a critical component of an intricate theory that connects American history with the restoration of the gospel.

The evidence is interesting: while Lincoln was passing through what he called his “process of crystallization,” hehad a copy of the Book of Mormon which he himself had requested from the Library of Congress. Having kept it for nearly eight months, Lincoln finally returned it to the Library a mere seven days after issuing his first draft of the Emancipation Proclamation to his cabinet. Was this merely a coincidence? Did Lincoln begin to insert Book of Mormon principles—even Book of Mormon language—into his speeches and policies? After having the book, did he actually change his opinion on Mormons and begin to treat them more kindly than any American president up until that time? The evidence seems to add up to the affirmative, suggesting that the Book of Mormon had influenced the president.

-->Read more about Lincoln's potential connection to the Book of Mormon, Joseph Smith, and the Church

The frank humor of the Sistas in Zion shines through in this tongue-and-cheek list of five things they believe Mormons should stop doing. We can't do their sense of humor justice, so here's a quick taste:

"There are plenty of reasons for church folk to stop fighting on the internet, but if you tuned into LDS General Conference a few ago Elder Andersen gave us another one. YOU MIGHT END UP THE SUBJECT OF A CONFERENCE TALK! We don’t know if the young lady who emailed a copy of her Facebook feud to Elder Anderson knew that it was going to make a Conference Center debut, but we are sure happy it did. Cause that same day we went through our friend list and deleted err’body that might know somebody who even looked at a church leader from a distance!

"The internet is a great place to spread the good news of the gospel, but we all could use a brush up on the social media Golden Rule: 'Tweet others the way you want to be tweeted.'"

Poll: Do You Drink Caffeine?

In 2012, the Church stated that it “does not prohibit the use of caffeine and that the reference to “hot drinks” “does not go beyond tea and coffee.” So that leaves it up to us: are we going to drink caffeinated drinks or not?

Currently, 21% of our readers polled say they never do, with 39% saying that they do, and frequently. (The remaining 40% are split between drinking it sometimes, and drinking it only on occasion.)

Note: remember not to judge others based on their decision! We just want to hear what you do and see how it breaks down by the numbers!

Despite the 42% increase in the full-time missionary force, new convert baptisms has only increase 4% across the same period. Why?

One independent researcher, Matt Martinich, who closely watches LDS growth patterns and statistics, explains: "The main problem is that the new missionaries were largely assigned to areas such as the United States and Latin America, where Mormons are well-established and the 'market' for the religion may be saturated."

Other reasons the article discusses include that the Church missionary strategy focuses its efforts on "centers of strength," that only areas with enough infastructure could handle the sudden influx of missionaries, and that member referrals haven't kept pace with the number of new missionaries.

With this past week marking the final days of BYU President Cecil O. Samuelson, President Uchtdorf decided to do something special for BYU and President Samuelson: surprise them by showing up at convocations!

His appearance prompted excited comments from students on Twitter — especially when he joked about the "Whoosh Cecil" free-throw cheer from BYU basketball games and accompanying local ice cream flavor.

-->Read more about the event and his remarks