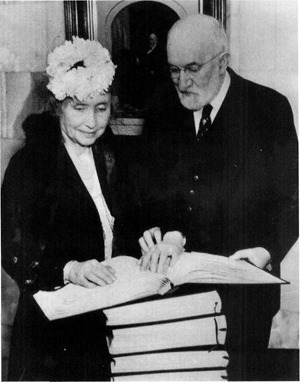 Saying 'No' to a Church Calling

Saying "no" can be quite hard--especially when that's what you want to say to a Church calling. Every member should feel comfortable taking these four steps to help affirm their calling: ask for time to consider the call, pray about the opportunity and seek personal revelation, counsel with your bishop, and then come to an informed decision. Sometimes, the answer might still be no--but hopefully, most often, it's a yes.

This topic sparked quite a debate among readers, who were concerned that turning down a calling meant you don't trust the Lord or his appointed servants, but sometimes, as others pointed out, man falls short of God's glory, especially when the Bishop and his counselors are working with incomplete information. If the steps above are followed, however, members can have greater confidence in their decision to accept or decline a church calling as they feel guided by the spirit.

Have you ever had to turn down a church calling? We asked our readers, and currently, the stats show that 69% of respondents have said or would considering saying "no" to a Church calling, while 27% would never turn down a calling. (The remaining 4% answered "other.") Head over to join the discussion and share your thought.

Mormons have invented a lot of different devices and life-saving techniques--some of which you might use every day. Our first list of Mormon inventions, which included items like the television, the electric guitar amp, and the traffic like, spurred such a response that we put together a second list of 7 more things you didn't know a Mormon invented.

What made the list? Turns out, a specific type of artificial diamond used in tools, many firearms improvements, and even laster surgery were all inventions of Mormon minds! Check out the full list to find out what else Mormons like you have invented over the years.

BYU announced this week that after 11 years of valued service, emeritus general authority Cecil O. Samuelson will step down as the university's president in May 1. His replacement will be current BYU advancement VP, Kevin J. Worthen.

At hearing this exciting change, LDS Living wanted to find out more about the new BYU President, and uncovered 7 fun facts about Elder Worthen. Our favorite? He was once a coal miner! When he was younger, during the summer months in 1977 and 1978, President Worthen worked as an underground coal miner in the Plateau Mine in Wattis, Utah. It's hard to picture this clean-cut president with soot on his face, but what a unique experience!

Check out the full list to learn more about this incredible man.

After answering some questions in the Tabernacle on her amazing story, including how she learned to read, type, and talk, Keller asked to speak to president Heber J. Grant. Here's one firsthand account:

Find out what happened when Tabernacle organist Alexander Schreiner began to play.

LDS Screenwriter Talks about Faith, Family and Despicable Me 3

Did you know that one of the writers behind the Despiacle Me series is Latter-day Saint Cinco Paul? He's actually worked on quite a few fun family films you might have seen, including the Lorax and Horton Hears a Who.

Now, he and his writing partner have been comissioned to work on Despicable Me 3--and they still can't believe it. In an article this week, Paul shared, “Ken and I will still, every once in a while just turn to ourselves and say like, ‘How insane is this that like the minions are everywhere?’”

Catch up with the full article to learn more about his career and outlook on faith and family.