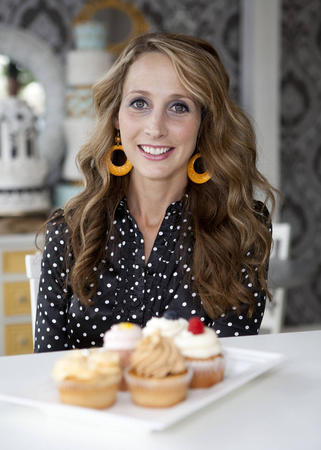 In the past four years, Janell Brown has appeared on national TV, been featured in a New York Times article and made nearly $1 million in revenue annually.

But before she made her mark on the cupcake scene, all she knew was that she enjoyed being creative. When her husband, Trent, lost his job a few days after Christmas in 2010, her baking hobby became a full-time job.

In the spring of 2011, Brown, a mother of four from West Jordan, signed a lease and opened her own bakery, One Sweet Slice, in South Jordan. Now, three months after closing the company's doors, Brown explained that while it was time for her to leave, she wouldn't change one thing about the experiences she had.

"People always ask me, ‘Would you do it again, knowing what you know now and the things that you’ve done?’ ” Brown said. "And I would. I would still make the same choice because of the things that I learned and really the relationship that Trent and I were able to develop working together and running a business together and trying to balance home life, as well, between the two of us."