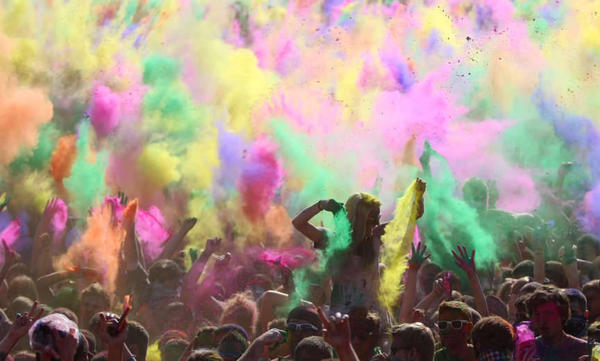 India burst with color Monday, March 17, as Hindus observed the playful festival of Holi by dashing each other with brightly colored powder.

Americans partake of the spring festival, too. But at the largest Holi festival in the United States, the majority of participants won't be Hindus — they'll be Mormons.

"In Utah, if you go anywhere and mention the Festival of Colors to anybody, they'll know exactly what you're talking about and their face will light up," said Caru Das, priest at Radha Krishna Temple in Spanish Fork, Utah, and the main organizer of the town's Holi celebration, known as the Festival of Colors, which will be celebrated this year on March 29 and 30.