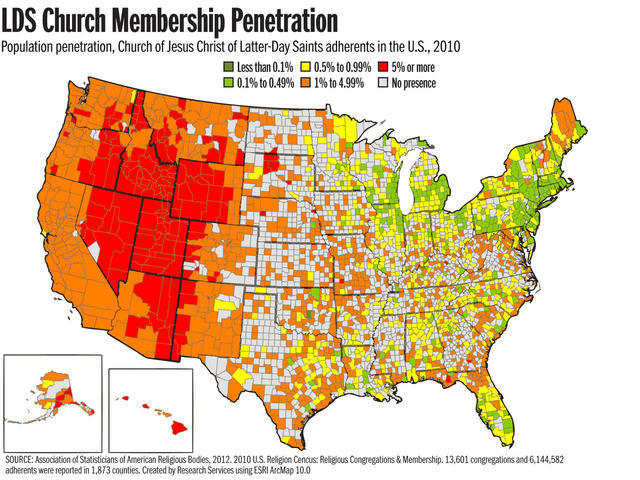 At a time when major religious groups around the United States are experiencing significant declines in membership, The Church of Jesus Christ of Latter-day Saints continues to grow substantially, according to the 2010 decennial U.S. Religion Census released today by the Association of Statisticians of American Religious Bodies.

The findings, released today in Chicago during the annual meetings of the Associated Church Press, show that while Catholic churches reported a 5 percent decline in membership during the decade that ended in 2010 and mainline Christian denominations reported a 12.8 percent decline during the same time period, the LDS Church reported growth of 45.5 percent.

The number of adherents to the Muslim faith in the United States grew by 66.7 percent.