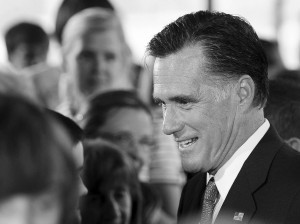 In 1968, Mitt Romney was in France serving a full-time LDS mission and contemplating what his life plans held after he returned. He never imagined they would lead him to BYU.

Prior to leaving on his mission to France, Mitt had attended Stanford University for a year with full intent to return two years later. However, when he heard his high school sweetheart, Ann Davies, was attending BYU, his plans changed.

He tried to convince her the best he could to come with him to Stanford when he returned. It wasn’t until every missionary’s worst fear came true for him that he began to reconsider his offer.