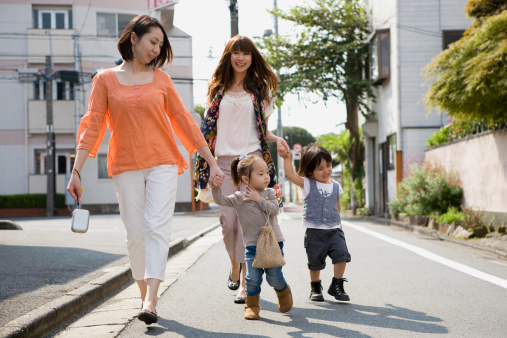 Teachings of Joseph Fielding Smith Chapter 24--The Work of Latter-day Saint Women: "Unselfish Devotion to This Glorious Cause"

Get the full lesson, "The Work of Latter-day Saint Women: 'Unselfish Devotion to This Glorious Cause,'" from The Teachings of Joseph Fielding Smith at LDS.org.

Supplement is from "The Moral Force of Women" by D. Todd Christofferson from the October 2013 General Conference.

"From age immemorial, societies have relied on the moral force of women. While certainly not the only positive influence at work in society, the moral foundation provided by women has proved uniquely beneficial to the common good. Perhaps, because it is pervasive, this contribution of women is often underappreciated. I wish to express gratitude for the influence of good women, identify some of the philosophies and trends that threaten women’s strength and standing, and voice a plea to women to cultivate the innate moral power within them.

Women bring with them into the world a certain virtue, a divine gift that makes them adept at instilling such qualities as faith, courage, empathy, and refinement in relationships and in cultures . . .

In all events, a mother can exert an influence unequaled by any other person in any other relationship. By the power of her example and teaching, her sons learn to respect womanhood and to incorporate discipline and high moral standards in their own lives. Her daughters learn to cultivate their own virtue and to stand up for what is right, again and again, however unpopular. A mother’s love and high expectations lead her children to act responsibly without excuses, to be serious about education and personal development, and to make ongoing contributions to the well-being of all around them. Elder Neal A. Maxwell once asked: “When the real history of mankind is fully disclosed, will it feature the echoes of gunfire or the shaping sound of lullabies? The great armistices made by military men or the peacemaking of women in homes and in neighborhoods? Will what happened in cradles and kitchens prove to be more controlling than what happened in congresses?”

Most sacred is a woman’s role in the creation of life. We know that our physical bodies have a divine origin4 and that we must experience both a physical birth and a spiritual rebirth to reach the highest realms in God’s celestial kingdom.Thus, women play an integral part (sometimes at the risk of their own lives) in God’s work and glory “to bring to pass the immortality and eternal life of man.”6 As grandmothers, mothers, and role models, women have been the guardians of the wellspring of life, teaching each generation the importance of sexual purity—of chastity before marriage and fidelity within marriage. In this way, they have been a civilizing influence in society; they have brought out the best in men; they have perpetuated wholesome environments in which to raise secure and healthy children.

Sisters, I don’t want to overpraise you as we sometimes do in Mother’s Day talks that make you cringe. You don’t have to be perfect; I don’t claim that you are (with one possible exception who is sitting nearby at the moment). What I mean to say is that whether you are single or married, whether you have borne children or not, whether you are old, young, or in between, your moral authority is vital, and perhaps we have begun to take it and you for granted. Certainly there are trends and forces at work that would weaken and even eliminate your influence, to the great detriment of individuals, families, and society at large. Let me mention three as a caution and a warning . . .

My plea to women and girls today is to protect and cultivate the moral force that is within you. Preserve that innate virtue and the unique gifts you bring with you into the world. Your intuition is to do good and to be good, and as you follow the Holy Spirit, your moral authority and influence will grow. To the young women I say, don’t lose that moral force even before you have it in full measure. Take particular care that your language is clean, not coarse; that your dress reflects modesty, not vanity; and that your conduct manifests purity, not promiscuity. You cannot lift others to virtue on the one hand if you are entertaining vice on the other.