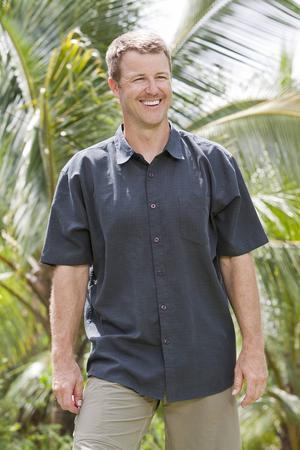 Jonathan Penner, 50, who was on “Survivor: Cook Islands” and “Survivor: Micronesia,” is on the Kalabaw tribe, which includes former Major League Baseball player Jeff Kent, who is a member of The Church of Jesus Christ of Latter-day Saints.

As the show opened, the castaways were on a boat. After tribal assignments were made, they had to collect as many of the supplies on the boat as possible and then take a raft to their beach.

While untying the raft, Kent said he may have injured his knee, but was trying to keep the possible injury from his tribe mates as to not make himself a target. His knee didn't appear to have any impact on the challenge as his tribe came from behind to win both immunity and a reward of a fire-making kit.