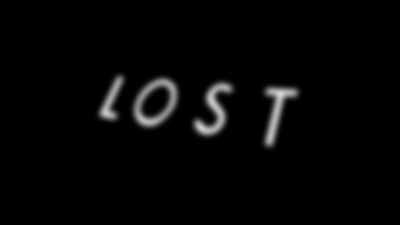 Last Friday morning as I walked into work, I heard a familiar strain playing over the lobby speakers. It was a slow, melancholy piano strain—the one that played in all those poignant or heart-wrenching scenes in the legendary show Lost.

Hearing it made me remember just how much I loved the show—which always makes me want to talk about it.

I know some people who were disappointed with the show’s finale, but it spoke to me of eternity and of just how important the most difficult, or most wayward, or most frustrating parts of our lives are. The show wasn’t so much about the plot—being stranded on a weird, mystical island—as much as it was about how the people grew and became better through the way they reacted to trials. All of them were tragically flawed, which made it all the more inspiring when they made a good (albeit difficult) decision to forget themselves. It was about all the most important things in life: love, sacrifice, and redemption.

Thinking about Lost made me think of The West Wing, my second favorite show of all-time. The same rules that applied to Lost apply here—all very flawed people, all really trying to make their way and do the right thing.

During the first years of our marriage, my husband and I would watch an episode each evening from the DVDs (the show had been cancelled by that point). Oddly, it gave us an opportunity to talk and discuss—we would always pause several times during the show to discuss an issue or dilemma, and what we though about it, or how we would handle it. The dialogue was always clever, but more importantly, after each show, it made me want to be more involved and really understand the background of certain issues—be they political, interpersonal, or religious.

Has any TV show (or other form of entertainment, for that matter) made you reflect and want to be better? Leave a comment below.

--
Kate Ensign-Lewis is the Associate Editor at LDS Living. She loves cooking in her tiny kitchen, eating great new foods with her husband, and finding good entertainment and art. She likes (virgin) pina coladas, but does not like getting caught in the rain.