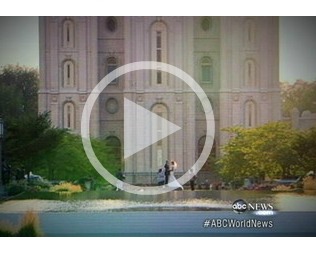 On Wednesday, August 22 and Thursday, August 23 “World News with Diane Sawyer” aired a two-part report “Inside the Mormon Church” from ABC’s Dan Harris.

In introducing the series Diane Sawyer said — “It’s a time of change in America. In the last 12 years alone we have seen the election of the first black President, the first Jewish candidate on a major ticket — Senator Joe Lieberman, and next week, another breakthrough – the first Mormon nominee for President, a profound and historic moment for the Mormon faith, which is a still a mystery to a lot of people. So tonight, Dan Harris begins a two-part series, answering questions about this uniquely American religion.”