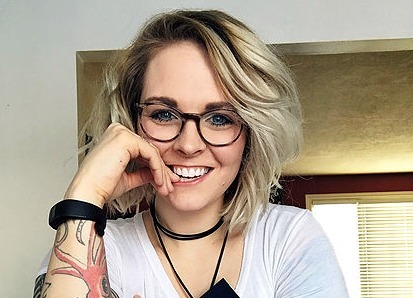 "Apple News": Al Fox Carraway Opens Up About Being Mad at God

"I hate that nickname, it's actually the worst," Al Fox Carraway a.k.a "The Tattooed Mormon" says in her recent interview with Apple News.

Known widely as "The Tattooed Mormon," Al shares a little of the "cooler" things she wants to share with the world than her nickname.

Like why we need to talk openly about our trials.

"Of course we have all felt judged. Of course, we have all felt mad at God or confused or asked to do something so hard," Al says. "And so if we could just talk about that openly, which, for whatever reason, some people don't. I do, maybe that's the New Yorker in me where the blunt just comes out, but that's how we are able to connect."

Speaking of her "darkest and most confusing of times," Al shares how she's still managed to connect with God despite frustrations, saying she knows, "He truly is, as He promised, always there" no matter what we may be feeling or going through.

In fact, looking for and finding God in those moments led her to greater things, but it wasn't always easy.

As Al shares, it was actually only after being exhausted from her trials and she was "most open to the craziest ideas" that she saw the most progression in her life. It was the moments when she was "yelling at God" wondering where He was and afterward when she reached humility that led her to what she has now, she says.

"I, not once, sought after anything that I am doing in my life—not anything," Al shares. "I have never really received, I think if we think of the bigger things in life, I've never gotten what I have prayed for. But, I've always received better things." 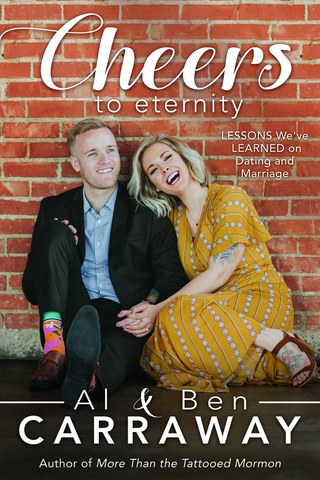 Author of the bestseller More than the Tattooed Mormon, Al Carraway and her husband, Ben, remind you that marriage isn't supposed to be "serious and hard." A successful marriage is one that you build as a team—emphasizing constant communication, working through hard times together, and (above all) remembering to put God first.