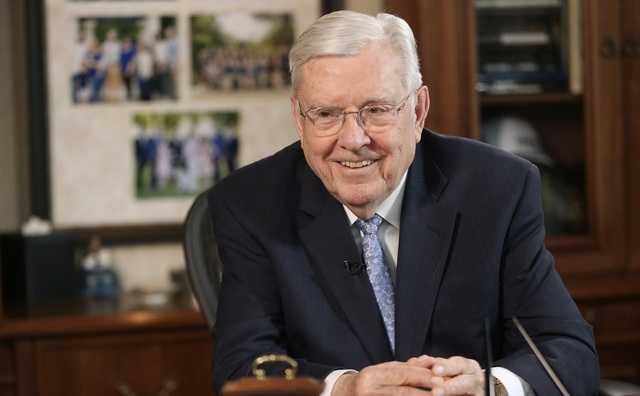 “Everything Is Going to Be Just Fine”: President Ballard Reassures the World Will Overcome COVID-19

President M. Russell Ballard, acting president of the Quorum of the Twelve Apostles, was 13-years-old when he learned from his mother that Pearl Harbor had been bombed. It was December 7, 1941, and the attack precipitated the United States' involvement in World War II. Ballard recalls feeling afraid but eventually “things resolved themselves.” No stranger to significant hinge points in history, the 91-year-old Church leader told the Church News on Tuesday that the world will win this “war on the coronavirus.”

President Ballard reassured members that “it won’t be long before the temples are up and operating.” He also said that while this is unlike anything he has experienced in his years as a general authority, there is “absolutely” a light at the end of the tunnel.

“Everything is going to be just fine as we turn our hearts to our Father in Heaven and look to Him and to the Savior as the Redeemer of all mankind,” President Ballard promised.