Editor's Note: Some of the films referenced in this article contain strong language and adult content. LDS Living is merely reporting on true stories from the lives of Latter-day Saints, not suggesting that you should watch all of the movies on this list.

Here are just 15 examples of Mormons who lived lives that were so inspiring, they were turned into full-length films.

But the movie captures one of the most tragic moments in Latter-day Saint Mark Schultz's life.

Growing up, Schultz was an all-around athlete, setting 20 school records. In his junior year, Schultz followed in his big brother Dave's footsteps, taking up wrestling. 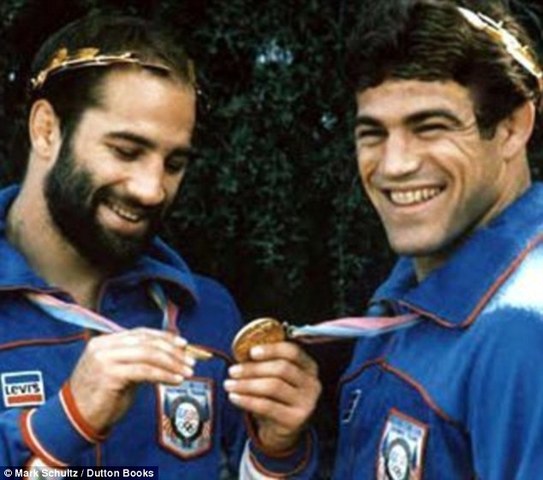 Just 17 months apart, Mark and Dave were nearly inseparable. “Their family life wasn’t perfect, so they really bonded,” Dave's wife, Nancy, told The Guardian. “They were so close, they were never separated. . . . They were never more than 20 feet apart.”

In the 1980s, Mark was short on money. He'd just lost a job as an assistant wrestling coach at Standford and USA Wrestling didn't pay its athletes. So when a multimillionaire, John du Pont, approached Mark to join a wrestling program at Villanova University that would pay $24,000 a year and give Mark a home on du Pont's 800-acre Foxcatcher estate, Mark took the job. Later Dave joined his brother at Foxcatcher, despite du Pont's sometimes violent outbursts and threats.

Eventually, Mark left Foxcatcher, leaving Dave there with his wife, and in 1991, he began working as BYU's assistant wrestling coach where he was converted and became a member of the LDS Church.

Tragically, while training for a second Olympic bid in 1996, Dave Schultz was shot three times by John du Pont in his home at Foxcatcher Farm, dying in his wife's arms. Mark had suddenly lost “his best friend . . . and life-support system," Nancy Schultz told The Guardian.

The emotional and exciting details of Mark Schultz's life caught the attention of Director Bennett Miller, who captured it in the film Foxcatcher, starring Channing Tatum as Mark Schultz, Mark Ruffalo as Dave, and Steve Carell as John E. Du Pont.