The Other Side of Heaven

In 2001, Walt Disney Studios captured the story of LDS missionary John Groberg, a young man from Idaho who suddenly found himself serving on a remote Tongan island half a world away. Starring Anne Hathaway and Christopher Gorham, the movie details the miracles as well as the spiritual journey Elder Groberg undertook. 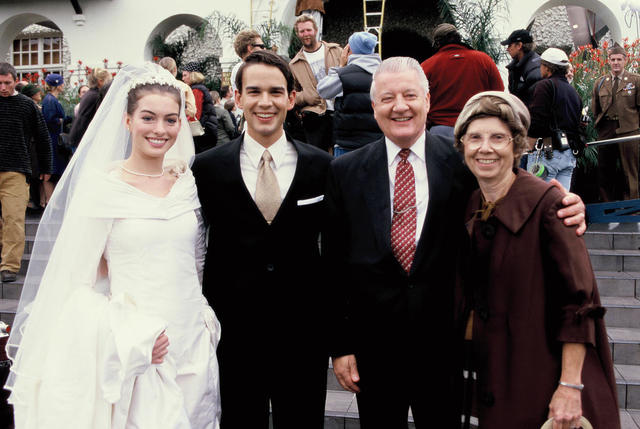 Talking about his experience as a missionary in general conference in 2004, Elder Groberg, then of the Presidency of the Seventy, said:

"As a young missionary I was assigned to a small island of about 700 inhabitants in a remote area of the South Pacific. To me the heat was oppressive, the mosquitoes were terrible, the mud was everywhere, the language was impossible, and the food was—well, 'different.'

"After a few months our island was struck by a powerful hurricane. The devastation was massive. Crops were ruined, lives were lost, housing was blown away, and the telegraph station—our only link to the outside world—was destroyed. A small government boat normally came every month or two, so we rationed our food to last four or five weeks, hoping the boat would come. But no boat came. Every day we became weaker. There were acts of great kindness, but as the sixth and seventh weeks passed with very little food, our strength slipped noticeably. My native companion, Feki, helped me in every way he could, but as the eighth week commenced, I had no energy. I just sat under the shade of a tree and prayed and read scriptures and spent hours and hours pondering the things of eternity.

"The ninth week began with little outward change. However, there was a great inward change. . . .

"I was pretty much skin and bones by now. I remember watching, with deep reverence, my heart beating, my lungs breathing, and thinking what a marvelous body God has created to house our equally marvelous spirit! The thought of a permanent union of these two elements, made possible through the Savior’s love, atoning sacrifice, and Resurrection, was so inspiring and satisfying that any physical discomfort faded into oblivion.

"When we understand who God is, who we are, how He loves us, and what His plan is for us, fear evaporates. . . . I learned that just as rockets must overcome the pull of gravity to roar into space, so we must overcome the pull of the world to soar into the eternal realms of understanding and love. I realized my mortal life might end there, but there was no panic. I knew life would continue, and whether here or there didn’t really matter. What did matter was how much love I had in my heart. I knew I needed more! I knew that our joy now and forever is inextricably tied to our capacity to love.

"As these thoughts filled and lifted my soul, I gradually became aware of some excited voices. My companion Feki’s eyes were dancing as he said, 'Kolipoki, a boat has arrived, and it is full of food. We are saved! Aren’t you excited?' I wasn’t sure, but since the boat had come, that must be God’s answer, so yes, I was happy. Feki gave me some food and said, 'Here, eat.' I hesitated. I looked at the food. I looked at Feki. I looked into the sky and closed my eyes.

"I felt something very deep. I was grateful my life here would go on as before; still, there was a wistful feeling—a subtle sense of postponement, as when darkness closes the brilliant colors of a perfect sunset and you realize you must wait for another evening to again enjoy such beauty.

"I wasn’t sure I wanted to open my eyes, but when I did I realized that God’s love had changed everything. The heat, the mud, the mosquitoes, the people, the language, the food were no longer challenges. Those who had tried to harm me were no longer my enemies. Everyone was my brother or sister. Being filled with God’s love is the most joyous of all things and is worth every cost."