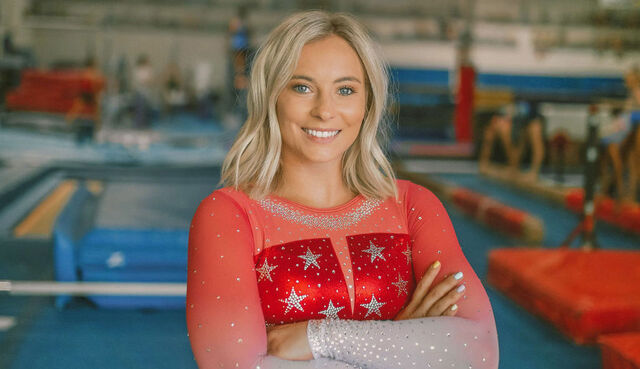 ‘Hey, Mom, I made it’: Latter-day Saint gymnast MyKayla Skinner is headed to the Tokyo Olympics

A refusal to give up paid off for MyKayla Skinner on Sunday night as she is finally headed to compete in the Olympics. On Friday, a remarkable performance on night one of the Olympic Trials landed her in fourth place as she headed into the final night of competition. At the end of day two, Skinner finished fifth all-around and was selected to compete in Team USA’s final individual spot. The other individual spot had previously been secured by Jade Carey.

When asked what this meant to her after the results were announced, Skinner became emotional and said, “Hey mom, I made it!”

After being an alternate in the 2016 Rio Olympics, Skinner had an incredible collegiate career at the University of Utah and was the two-time NCAA champion on vault and floor exercise. But Skinner had a dream she couldn’t shake and opted to return to elite gymnastics following her junior season for one more shot at the Olympics. She battled back from injury and even a hospital stint with pneumonia to beat the odds and return for one last shot at Olympic glory.

But the dream isn’t over for Skinner. As she told LDS Living in our May/June cover story, “If I just got to be up on that podium with my hand on my heart, [that] would be so unreal. . . . I just have worked so hard, and to know that the hard work finally paid off would be the best feeling in the world. And to be like, ‘Yeah, I was an alternate three times, but I kept pushing through even when it got tough—and look where it got me. Look where I am today,’” she said. “I really hope that I can accomplish that goal and finish my story.”

Skinner’s gymnastics story just got a lot better but it isn’t over yet. The Olympics begin in Tokyo July 23.