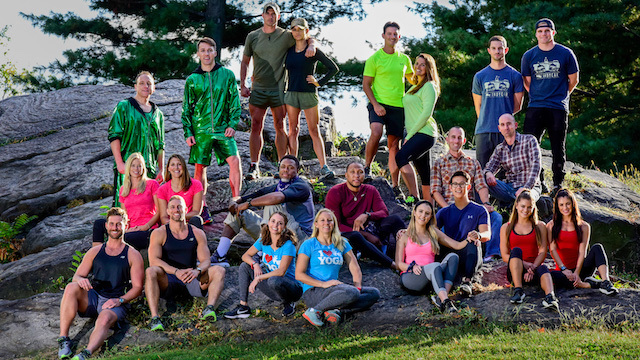 "30 Seasons and It's Never Been This Close": LDS Team on "The Amazing Race" Makes Incredible Photo Finish

"In 30 seasons, I've never seen it this close," The Amazing Race host Phil Keoghan said as he watched LDS duo April Gould and Sarah Williams run to the finish line on the first episode of the show.

Though it was only the first episode, April and Sarah had already faced a lot in the competition. After landing in the show's first destination, Iceland, the duo struggled to find the location of their first challenge—ziplining 150 feet across a river canyon with the white water churning below.

But after retrieving the flag of Iceland pinned on the zip line cable, April and Sarah were faced with another daunting obstacle—choosing to live their faith or taking an easier route to a shot at the $1 million prize, literally. Both had to choose between a shot of liquor or gulping down cod liver oil.

"We told them that it was against our religion to drink alcohol and so they let us both drink the cod liver oil instead. It was disgusting," April told LDS Living.

But the race wasn't done yet. April and Sarah had to dash to the finish line, all the while neck-and-neck with Dessie and Kayla, another team on the show.

"This is as close as it gets, guys," Keoghan said on the show as the four contestants neared the finishing mat.

But, in a photo finish, April and Sarah inched ahead to take 10th place with Sarah barely landing on the mat before Dessie.

April and Sarah now move on to the next round of The Amazing Race. Follow their journey on ABC to find out if they make it past the next round.