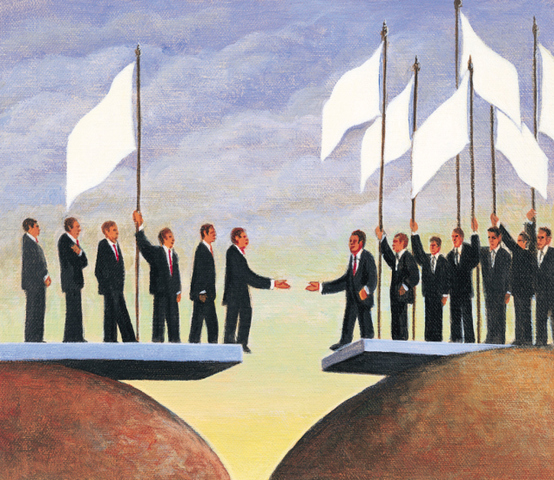 With Mitt Romney and Jon Huntsman Jr. garnering national attention for their anticipated 2012 presidential runs, it’s almost impossible not to stumble across a news story discussing the impact of the LDS faith in the political arena. And then there are the articles that compare and contrast Romney and Huntsman to determine which “type” of Mormon they are.

At LDS Living, we decided to explore the challenges Mormon politicians face as they serve in public office. While working on this story, entitled “Faith in Politics,” for the July/August issue (click here to read), I had the privilege of interviewing several politicians—Republican, Democrat, and everything in between. Each had his or her own ideas for how to best solve certain issues. And each had his or her own thoughts on how those ideas aligned with gospel principles. It was fascinating to speak with them, and I found that while they all had different approaches, they were all passionate about serving their countries and making the world a better place.

I consider the differing political views of Church members (whether serving in office or not) as being on opposite sides of the same coin. We may be Republican or Democrat, conservative, or liberal, but we all share common ground—love of the gospel. There is so much more that unites us than divides us, and it was refreshing to focus on that for a while.
-

Jamie Lawson is managing editor of LDS Living magazine. She loves traveling internationally, meeting fascinating people, and listening to 80s music. She enjoys tasting new foods but does not like to cook. She has two adorable boys who help her stay up to date on the latest technology, fashion trends, and catch phrases.