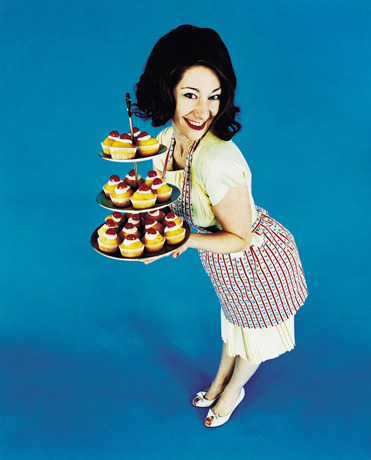 {LDSL Blog} What Is a Utah Mormon?

Or am I? Honestly, I don’t really know since I don’t know how to clearly define it.

I was born and raised in Hawaii and left to attend BYU Provo. After graduating from college, I lived in Northern Virginia for four years, Salt Lake City for six, Denver for two, and I am back in Salt Lake again, going on three years. I only share this to show that my time spent living outside of Utah is greater then my time spent living in Utah. I admit that I take some pride in this. (I am not proud of that.)

When you don’t live in Utah, the phrase “Utah Mormon” is commonly used to describe a type of member of the ward. (Most of you know who I am talking about.) This person does not have to be from Utah, but they have certain characteristics and personality traits that people associate with Utah Mormon-dom. It could be how they talk, dress, and do their hair, but most especially it is associated with a particular worship style and worldview.

While I have heard someone described as a Utah Mormon many times, I rarely hear someone refer themselves by this term. Why? I can only assume it is because the use of this label is not meant to be complimentary. It is generally spoken with the condescending assurance that you are not one of them.

So then, how do we define a “Utah Mormon”? I've asked around and everyone has an opinion. While key indicators may differ, some common and fundamental themes emerge in people's definition:

* A Utah Mormon has an ignorance or naiveté about the world around them.

* Utah Mormons are nice and well-meaning but not able to comfortably hack it outside of heavily LDS-populated areas.

* They tend to stick to their own and are critical of people or situations that are different; they tend to cling tightly to Mormon culture (as they understand it).

* Utah Mormons feel more educated on Church procedure and culture and can’t help but share such knowledge with those in other areas.

* Utah Mormons take the Church for granted and are not able to develop as tested or strong a testimony as those who are laboring in the “mission field.”

(Side note: Using the term “mission field” to describe anywhere outside of Utah is a huge pet peeve of mine. It is time we all realized – everyone lives in the mission field.)

So why bring this up? Through my observations, and by shining a light on my own prejudices and judgments, I find the use of this phrase (or label) troubling.

I do understand where the label/stereotype comes from. Utah is filled with a whole lot of Mormons. There are bound to be some cultural traditions and experiences that uniquely define Mormon life in Utah. But like all stereotypes, the problem comes when we believe the extreme examples and use them to dictate how we think and interact with those we come in contact with.

What labels do best is identify things. While this works really well on, say, file folders, when dealing with people a label will over-generalize and leave out vital details. When we define using a label it allows us to think we know someone and easily dismiss them. In other words, labeling puts up a wall between ourselves and others and takes us off the hook of getting to really know a person (because in your mind you already do).

Labels and stereotypes are rarely helpful, but I find it particularly problematic when it occurs among our own religious and cultural group. If we can’t be united among ourselves, how are we supposed to love our neighbor? We have to find a way to bridge the labels, our differences, and judgments we have about each other so we are free to learn and connect with each other as brothers and sisters. Utah Mormon, Molly Mormon, Jack Mormon . . . whatever the label is, let’s be more aware of why we use them and try a little harder to get to know each other better – no matter where we grew up or how we choose to wear our hair.