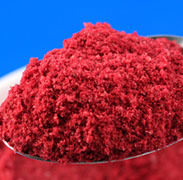 Medical researchers at the University of Florida called it the “miracle molecule.”

Its discovery won a Nobel Prize for Dr. Louis J. Ignarro, Department of Molecular and Medical Pharmacology, UCLA School of Medicine. Dr. Ignarro discovered it reverses heart and many diseases related to aging.

It saved the life of John Hewlett, an LDS Man raised in Salt Lake  City

Hewlett's father, uncle, grandfather (Lester Hewlett, President of the Tabernacle Choir for three decades), and many relatives on his fathers side of the family had all suffered premature deaths from heart disease.

Ten years ago Hewlett at 55 was at the age when other family members had died as the family genetics had taken its toll.

Hewlett was on borrowed time, overweight, had chest pains, shortness of breath, and other symptoms which led him to know that he was a ticking time bomb.

"Something told me," continues Hewlett, “I would die on the operating table if I agreed to the extremely toxic testing or recommended surgery. This fatal vision was as clear as day.

“I also had a strong feeling I would find a better answer than the procedures I strongly felt would be fatal."

Overcome by Feelings of Peace

The doctors and nurses were angry and offended at Hewlett's decision.  They tried to animatedly persuade and even intimidate his wife and adult children in an effort to change his mind.

"I felt a spiritual peace over my decision, despite still being in pain and recovery from the appendectomy complications which I had suffered. I had full faith the doors would be opened if I followed my heart and this critical prompting of personal agency over my own health.

"The cardiologist, nurses, and attending surgeon angrily left my bedside, saying I was making the biggest mistake of my life."

Journey of Discovery and Quest for Renewed Health

After Hewlett was released from the hospital, a friend suggested he try a dietary amino acid called l-arginine for heart issues. Hewlett also learned about an endocrinologist in Palo Alto, California who had used arginine for diabetic and cardiovascular patients with great success.

So Hewlett flew to Palo Alto to consult with him. This is where he was introduced to the research of Dr. Ignarro.

He learned Dr. Ignazio discovered a molecule called nitric oxide that dilated arteries, veins, and capillaries, allowing blood to flow freely to oxygenate and nourish body cells and organs, including the heart.

The Downward Decline into Age-Related Disease

Hewlett learned as we age we lose up to 85% of nitric oxide production. This results not only in heart disease but most other diseases associated with aging—obesity, high blood pressure, diabetes, arthritis, chronic muscle and back pain, dementia, wrinkled skin, graying and thinning of hair, loss of energy, vitality and libido, reproductive dysfunction, and senior depression.

The “good news," Hewlett discovered, was that nitric oxide levels, according to Dr. Ignazio, could be dramatically increased through the consumption of large amounts of an expensive amino acid called l-Arginine. Each large dosage of l-Arginine promised to dilate the circulatory system for up to two hours at a time.

Hewlett found a good arginine supplement and took triple the recommended dose. Within weeks his blood pressure dropped, his energy increased, his chest pains vanished, his thinking was clearer, his breathing even improved. He was witnessing first hand the "Miracle Molecule " in his own life.

But even with these “miraculous” results, Hewlett wasn’t satisfied. He wondered if there was a way to reduce the amount of the expensive l-Arginine while increasing the amount of nitric oxide production and make it last longer than two hours per massive dosage.

Together they formulated a new, all natural high-tech nitric-oxide supplement (a pleasantly-flavored powdered drink) that dramatically increases nitric oxide production with a fifth of l-Arginine that was previously required, and the nitric oxide stays active in the circulatory system for 24 hours instead of the two hours per dosage of regular l-Arginine.

Hewlett has appropriately named his best-selling formulation “Cardio Miracle” after his own personal “miracle” and the thousands of nitric oxide miracles he has seen throughout the world.

The nitric oxide produced by CardioMiracle helps open the circulatory system and keeps it open to supply life-enriching oxygen to the body’s cells and organs, CardioMiracle is infused with essential vitamins, minerals, essential amino acids, and other nutrients that are delivered, along with increased oxygen, to the cells to renew and reinvigorate health and well-being.

“Cardio Miracle” not only helps to alleviate high blood pressure, clogged arteries, and other circulatory and heart-related problems, it also helps reduce many of the maladies associated with aging such as joint and muscle pain, neuropathy, obesity, insulin resistance, fatigue, depression, and loss of memory.

Hewlett believes the onset and ravages of aging are accelerated by the loss of nitric oxide production as we age.

Circulation is the key. As Circulation the Again Body Heals and Renews

“The research,” says Hewlett, “shows we lose up to 85% of our ability to produce nitric oxide by the time we reach 65 years of age. Arteries, veins, capillaries, and vessels become hardened and constricted with this loss. As a result, our body’s cells and organs become deprived of oxygen and nutrients and begin to wither, become diseased, and eventually die. Circulation is the key. As circulation is reduced, we begin to age and eventually die.

“When this happens," concludes Hewlett, “imagine the miraculous possibilities—renewed health, energy, stamina, fluid and painless movement, emotional well-being, sharpened mental and memory acuity—all the good things that happen when our cells, organs, and bodies are flush with life-enhancing oxygen and restorative nutrients.

Today John Hewlett is free of heart disease and spends his full time traveling the world educating thousands of others on the life-saving and life-enriching benefits of nitric oxide and the special Cardio Miracle formulation.

To learn more about CardioMiracle and to order, click here.