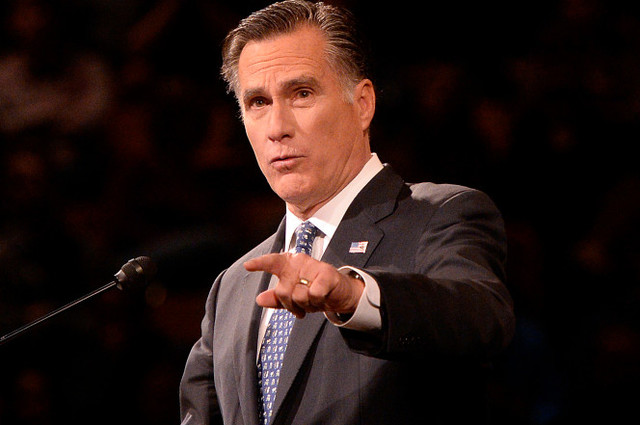 John Podhoretz with the New York Post is by no means a Romney supporter. It's hard to imagine this reporter with a Romney bumper sticker considering he recently gave some criticism of the former presidential candidate that caused radio host Mark Levin to call him a "trash-mouther" who was "giving aid and comfort to Obama."

However, Podhoretz recently learned something that, in his words, "leaves no doubt about one thing: Mitt Romney is an extraordinarily, remarkably, astonishingly generous man. A good man. Maybe even a great man.

"That is all. There is no 'but.' Anyone who says otherwise is ignorant, stupid, or a liar."

Pretty strong words from a man accused of being an aid to President Obama. So what brought about this view?

Romney's tax records. Last year, Romney earned $14 million, paid $1.9 million in taxes, and donated $4 million in charity. In fact, Podhoretz says it's likely "that over the past 20 years the Romneys have donated more than $50 million to charity."

Then, Podhoretz dived into how being a member of The Church of Jesus Christ of Latter-day Saints influences Romney's charitable giving—both through what he pays in tithing and how the Church's teachings inspire him to be charitable beyond just 10 percent.

Read the other fascinating things Podhoretz had to say in this New York Post article.