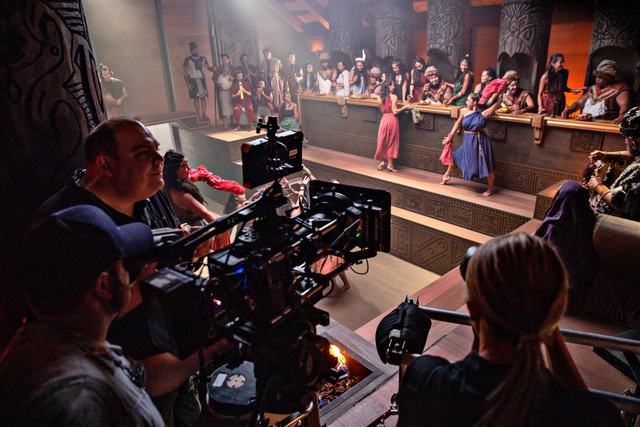 "Not an R-Rating in Sight": "The New York Times" Talks What Sets Latter-day Saint Cinema Apart

"Not an R-rating in sight," The New York Times noted about the ever-growing Latter-day Saint presence in TV and cinema.

With the recent release of the Church's Book of Mormon videos, The New York Times featured an article discussing what sets Utah-based Latter-day Saint movies and TV shows apart from the rest of the world.

"Taken together, it’s like its own little Hollywood in the mountains," author Elizabeth A. Harris writes. "For the country’s seven million Latter-day Saints —6,709,072 according to the church—it’s also an answer to a culture that often does not speak its language, and a way to reinforce the conservative values it finds lacking in much of popular entertainment."

"People don’t swear—I’ve got to watch my mouth!” she said, according to Harris. “There’s no coffee or tea. And people tend to be a little less diva-like.”

And as the Church and its presence in cinema continue to grow, there is always one clear goal in mind that sets it apart from Hollywood.

"The goal of all of our productions is to create messages that invite all of God’s children to follow Jesus Christ,” director of film and video for the church Scott Smiley said, according to Harris. “That goes from parking lot maintenance videos all the way to the Bible and Book of Mormon videos."

Read the full article by The New York Times here.

Lead image by Kim Raff for The New York Times