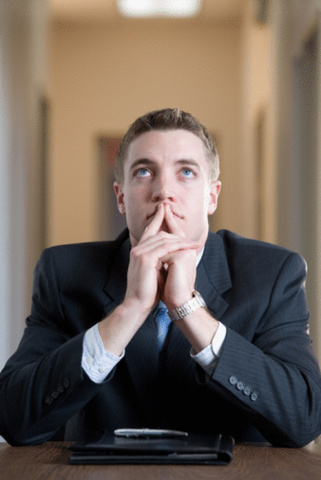 In Christ's Sermon on the Mount, he commanded us to "Let your light so shine before men, that they may see your good works, and glorify your Father which is in heaven." But only one chapter later, he also encouraged us that "when thou prayest, enter into thy closet, and when thou hast shut thy door, pray to thy Father which is in secret."

Obviously, we know we should be good missionaries for the Church, and we also know there are some things, such as what happens within the temple, that are too sacred to discuss. But there is a lot that seems to fall in a sort of gray area, left open to personal interpretation.

For example, praying in public. I've seen families bow their heads in unison and utter aloud a prayer in a restaurant, and I've seen others dig into their food without a moment's hesitation. Growing up, my family found a sort of middle ground: we all offered silent (and sometimes three-second, I admit) prayers individually.
Most recently, NFL quarterback Tim Tebow brought Christianity to the spotlight with his public displays of faith, including praying on the field and citing God as the reason for his success. Some people were thrilled to see a role model so open about their faith and using their position to spread religion, but others were bothered by how over-the-top it seemed and thought more discretion should be used.

What do you think is an appropriate amount or way to show your faith? Is that a question that is even answerable? Let us know in the poll and by leaving comments below.

Polls Poll Testimony Faith Our CulturePoll,Testimony,Faith,Our Culture,Polls
Comments and feedback can be sent to feedback@ldsliving.com