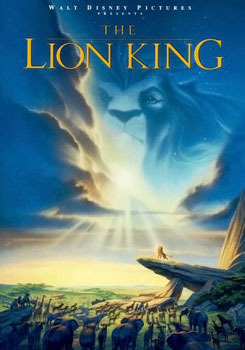 I own several Disney soundtracks. And sometimes, it’s just as much fun to rock out to “I Just Can’t Wait to Be King” as it is to whatever’s on the top of today’s pop charts. With their fun music that brings movies to life and makes you want to sing and dance along, Disney songs seem to have a nearly universal appeal. And because Mormons seem to watch Disney movies more prolifically than perhaps your average American because of their much cleaner content when contrasted with the increasingly sketchy world of Hollywood, we seem to also have a much greater love for the music than your average person.

What’s your favorite Disney song? We’ve taken all the top, Oscar-nominated Disney songs and broken them up into categories in order to make your decision easier. We know this won't cover all of them--even Walt Disney's favorite, "Feed the Birds," isn't on the list. He used to have it played for him every Friday afternoon. If your top song isn't here, leave us a comment below.