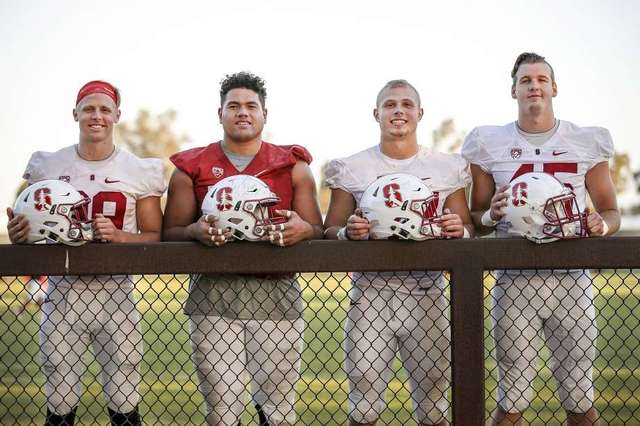 Learn how these Stanford football players act as missionaries through their examples, hard work, and openness about their faith.

The Stanford linebacker was walking down a hallway in his dorm two years ago when the then-freshman was stopped by teammate Brandon Fanaika.

“Are you Mormon?” Fanaika asked, pointing to Veach’s Brigham Young University key chain. BYU is owned and operated by the Church of Jesus Christ of Latter-day Saints, a religion also known as LDS or Mormonism.

Veach explained he was not, but his LDS girlfriend was a cheerleader at BYU. Fanaika, who had just returned from a two-year mission in Fort Lauderdale, Fla., invited Veach to attend church with him.

Fanaika’s timing was near-perfect. Veach was feeling overwhelmed with the demands of his Division I student-athlete life at and was looking for an answer to his stress. In a moment of homesickness, he had picked up a copy of the Book of Mormon—a gift from his girlfriend that had lain unopened for two years.

Read the rest of this story at sfgate.com