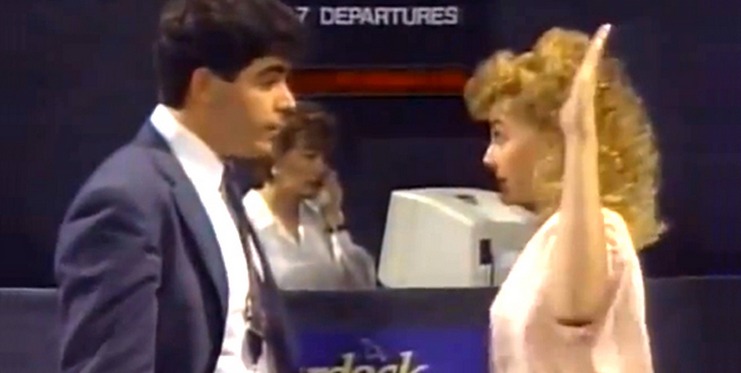 "This is Lex de Azevedo. We are finally making a motion picture of Saturday's Warrior."

So shares the Saturday's Warrior 2016 - The Motion Picture Facebook page. The original 1974 production became a classic among Latter-day Saints.

Deseret News reports, "Over the years, Saturday’s Warrior has played in more than 300 cities in 37 states, as well as in Canada, England, Australia, New Zealand, France, South Africa, and South America."

Lynne Coyer, a fan of the show, reminisces on the new movie's Facebook page, "These songs got me through some moments in high school, always playing them on the piano. I still have the book of piano music and still break it out sometimes. Yes! Yes! Make a movie!"

And that's exactly what de Azevedo is doing. Check out his reminiscings with past cast members from the California original as he works to promote the new movie:

Did you guys know that CNN's Larry King is married to Shawn Engemann, who played "Pam" in the original cast of Saturday's Warrior? Check out this cool interview we just shot at Larry & Shawn King's home in Beverly Hills. Please SHARE!Posted by Saturday's Warrior 2016 - The Motion Picture on Tuesday, April 21, 2015

Reminiscing with Cam Clarke, Jimmy Flinders from the Original California Cast of Saturday's Warrior. FYI, Cam is my younger brother. Lex (Please Share)Posted by Saturday's Warrior 2016 - The Motion Picture on Saturday, May 9, 2015

Check out this interview with Ric and Patricia, the original Todd and Julie in the California cast. Please SHARE!Posted by Saturday's Warrior 2016 - The Motion Picture on Monday, April 27, 2015

Some may say that's all well and good, but as one Facebook fan voices, there's an elephant in the room: "Are you going to keep all the teachings in it that the LDS Church has now said they never taught, like the idea that we chose families in the preexistence?"

In a video reply, de Azevedo explains, “Saturday’s Warrior was never intended to be doctrinally correct. Saturday’s Warrior is a fantasy based on the LDS belief of the preexistence." He wonders aloud, "Could it be that we met our one and only in the preexistence? I don’t know that that’s true, I don’t know that it’s not true. To me it’s a non-issue.”

He adds that the new version "is so much better, we’re taking it to the next level.” Assuring that the new production would remain “Saturday’s Warrior in every way," he still asserts, "it’s going to be better."

For more videos, updates on the project, and to submit your welcome input, visit the Saturday's Warrior 2016 Facebook page.

Thanks again to LDS Daily for finding this!