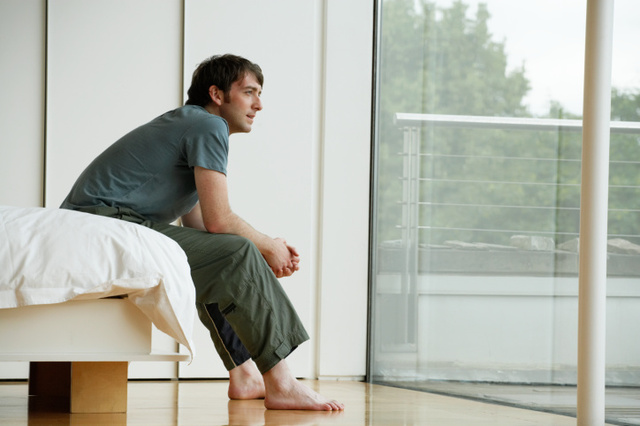 Most importantly, I have faith in the verity of the Restoration, the power of the Atonement, and the eventual fulfillment of all of God’s promises.

However, the word in the last sentence that most lends insight to my past feelings is the word “eventual.” I’ve struggled with immediate faith. Ask me if I believe that Ephraim will be crowned with his blessings in Zion and I will say yes. But if you asked me a year ago if my prayer will help my find my car keys, I would have hesitated.

The same principle goes with marriage. I have faith that I’ll be married someday — absolute faith that sometime in the eternities, I will get married. But if you asked me to consider marriage as something that might conceivably occur in the next few years, I was a little less likely to think of that as a reality.

I like to think I’m different now. I sat back and realized there was really no reason for my pessimism. The Lord has promised that every worthy member of His family will someday get married. The "someday" may be a troublesomely vague qualifier, but we shouldn’t dwell on the worst-case scenario. What kind of person does that make me?

If you’re not married and feel you should be, it’s likely that some bishop or parent or random stranger with apparently dire concern for your welfare has told you, “It’s more important to be the one than to find the one.” Dwelling on the current absence of an eternal companion won’t help you. I doubt anything I’m saying is new and groundbreaking, and you could probably play LDS Single Consolation Bingo with the various pieces of advice I’ve given, but the reason advice like this is so prevalent is because it’s true, dang it.

Having faith in the big, cosmic things may be easy because you don’t expect to see payoff any time soon. It’s the little, more personal things that may take the biggest faith. But working on these things a little at a time works.

I’ve found that praying for help works. (I think that may be the most obvious statement I’ve made in at least two months.) Praying to know about the big things — the truthfulness of the Book of Mormon or the other things about which I already have an ironclad conviction — and asking for that same certainty to be applied as I show a little faith in personal matters. It might even work for you.

“Faith,” says the doubtful Jonah in the Church’s classic Finding Faith in Christ movie. “It seems that is always the answer.”

You hit the nail right on the head, Jonah.

---
Ryan Kunz is proud of the fact that he is a Star Wars nerd and remains socially adept and reasonably conscious of fashion. He enjoys writing, hiking, spending time in intellectually stimulating company, and talking about himself in the third person. He will someday be a bestselling novelist, but in the meantime is studying advertising at BYU.