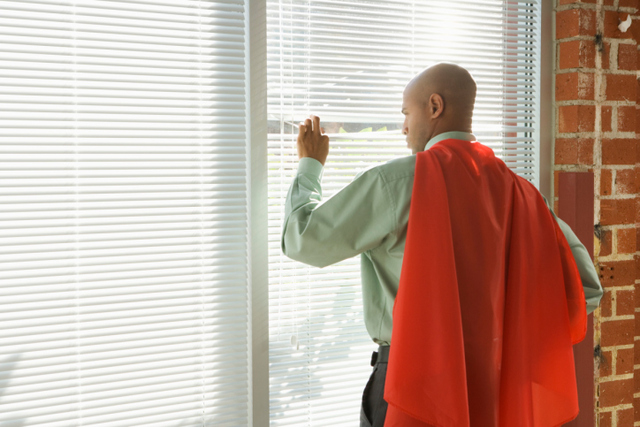 {Single Saints} Service: The S-word That Really Isn’t So Bad

When I see the word “service” in the title of an article, I usually devote just enough of my mental faculties to make sure the article isn’t offering me any free stuff.

I’ll admit it. Willingness to serve has never been one of my most prominent qualities. When someone asks for volunteers for a service project, I’m never among the first to volunteer. Last Christmas, my mom came up with the idea to take the entire family down to Tijuana, Mexico, to work in an orphanage. I was one of those who vehemently opposed the idea. (To be fair, much of the reluctance came from recent news articles describing gruesome casualties of the drug wars south of the border. Nothing turns the most wonderful time of the year into the most okay time of the year like an untimely death at the hands of drug smugglers.) Throughout my life, my mom has often shanghaied my brothers and me into random service projects, which were often accomplished only after a significant amount of murmuring.   But like that one piece you accidentally dropped down the floor vent while building a Lego set, service seems to be the lost key to having a fulfilling day. Of course, we all know that. I doubt I have to repeat the benefits of service.

However, the concept of selflessly serving others is especially pertinent to LDS singles.   If you’re single, especially if you feel you’re past the age at which you’d prefer to get married, you’ve probably spent some time dwelling on the question of why matrimony has proven so consistently elusive. You bang your head against the wall (metaphorically or literally), trying to figure out if you’re still single because of some immaterial quality you can’t change or because you keep mentioning to your dates that you want to name your first child Optimus Prime.

Well, it’s time for the old LDS singles fortune cookie saying: “Instead of trying to find the one, try to be the one.” You’ve heard that, right? (It’s from the same vault of true but tiresome wisdom that gave us the classic “It’s not where you serve but how you serve.”)

The irritating thing is that it’s all true, everything you've heard about service taking your mind off your own troubles.

A friend of mine suggested that instead of dwelling on your continuing lack of marriage prospects, you should lose yourself in service. The virtues of such service have been laid out extensively in general conference, Sunday School, and family home evening. I don’t feel I need to elaborate in that direction. All I need to do is offer some ideas. If you’re in college, there is probably no shortage of service opportunities, both organized and informal.

Your singles ward is most likely brimming with chances for service as well. And don’t forget your duties as a home or visiting teacher, which are unique avenues to bless peoples’ lives. Go volunteer at the Special Olympics. Find a homeless shelter. Work in a soup kitchen. Save a kitten caught in a tree. Pick up litter. If I were paid by the word, I’d name at least three hundred thousand other opportunities, but the list I’ve provided should be at least enough to set you on the path to service. God rewards a cheerful giver, and that includes givers of their time and energy. When you devote that time to others, you no longer have the time required for moping.

If service still sounds a little mundane, think of it as your own personal superhero crusade. Wherever there are wrongs to be righted, hearts to be lifted, pianos to be moved, or kittens extricated from lofty foliage, you'll be there—watching. Those you help may never thank you . . . and they'll never have to. Because that's who you are. A silent servant. A thankless guardian. And that's enough for you.

You're still reading? Um, that was your cue to fly away into the night.

--
Ryan Kunz is proud of the fact that he is a Star Wars nerd and remains socially adept and reasonably conscious of fashion. He enjoys writing, hiking, spending time in intellectually stimulating company, and talking about himself in the third person. He will someday be a bestselling novelist but in the meantime is studying advertising at BYU.