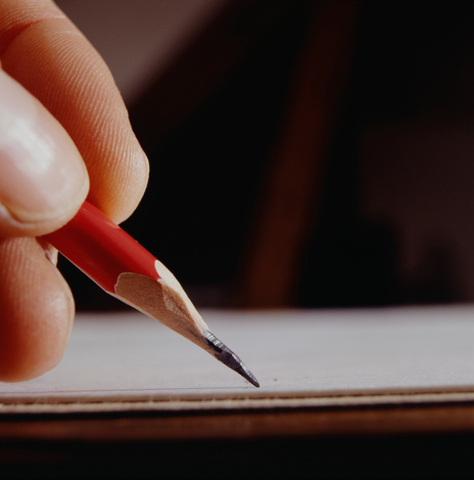 We have a lot of examples of lists: for example, the dean’s list, Schindler’s list, bucket lists, emergency contact lists, and those mysterious lists on Lost that never got fully explained. My current inventory of personal lists include grammatical mistakes that irritate me, actors who should be blackballed from the Hollywood community and exiled to the frozen north, toppings that belong on pizza, and best action movies of all time. I also have the list many of you have . . . The List.

The List is where you keep track of all the personal qualities you want in a mate. The List changes often, though some qualities stubbornly remain. When I was in high school, my list looked like this:

Yes, that was really my version of The List.

Looking back, I'm not sure I've ever met a girl who fits those requirements. Even in my fantasies, there is a noticeable drought of spunky, Enya-hating, anti-Trekkie, rap-detesting spiritual brunette fashionistas who weigh in at 5'6" and 120 lbs. Not only was I very picky, but what on earth does “spunky” entail? How, precisely, was I supposed to ascertain that a girl had good genes? Did her taste in science fiction really have an impact on our compatibility? (I may have to have to put my foot down on this one; the answer is yes. No wife of mine will ever hold to the belief that the Enterprise can outrun the Millennium Falcon. Just kidding. I think.) And most importantly, did she really have to fit within those specific physical parameters?

Six years later, I’m forced to make a distinction between standards and preferences. While my standards in dating have resisted compromise (my wife must still be an active member of the Church, for example), my preferences have widened somewhat.

I’ve found that some things really don’t matter. I still want a girl who dresses well, because it shows that she takes care of herself, but I don’t need her to buy or wear all the newest labels and trends. I can accept her even if she still struggles with the difference between you’re and your, though we’re definitely going to have a chat about that once the nuptials have ended. Even the physical aspects aren’t quite as important. Of course I still want a girl I’m attracted to, but that’s the only real physical criterion: attraction. I don’t need to set specific guidelines for height and weight because my natural man-sense will do just fine to let me know what girls tickle my fancy.

•    Spiritual
•    Attractive (to me)
•    Intelligent and witty enough to hold a stimulating conversation
•    Goal-oriented
•    Cares for her appearance
•    Likes the outdoors
•    (A few other more personal qualities, which I may share upon request)

The current list is the product of a few years of contemplation about what truly matters to me. In the eternities, most of the things on my former list won’t have any consequence — and it is the eternities that matter.

(Oh, and by the way — if you’re a girl and feel you meet all of my current criteria for a future mate, well . . . I’m currently considering applications.)

Your turn: Do you have a List? What’s on it? Did you (or have you) compromised that List to good or ill ends? Should single people even have a List? Let us know in the comments below.

--
Ryan Kunz is proud of the fact that he is a Star Wars nerd and remains socially adept and reasonably conscious of fashion. He enjoys writing, hiking, spending time in intellectually stimulating company, and talking about himself in the third person. He will someday be a bestselling novelist but in the meantime is studying advertising at BYU.