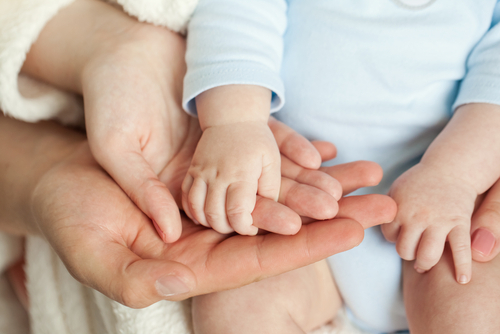 “Someday My Children Will Come”: Lessons Learned from Waiting 20 Years for Kids

Marie-Françoise Euvrard was born in Paris, France, and joined The Church of Jesus Christ of Latter-day Saints in 1960. She is the mother of two wonderful boys whom she and her husband adopted from Nepal. Professionally, she is a piano teacher and translates hymns and songs for the Church. She and her husband, Christian, serve as directors of the visitors’ center adjacent to the temple in Rome, Italy.

For decades, I dreamed of being and doing so many different things. Along those years, what I prayed the Lord to grant me often wasn’t given, and my desires slowly changed. Looking back over my life, I now see that He broadened my horizons more than I could ever have imagined and offered me experiences that gave me more joy than I had ever expected.

I was born right in the middle of the city of Paris, the only child of parents who were much older than the parents of any of my friends. Growing up, I attended girls’ schools and had only female teachers. Even after my parents and I joined The Church of Jesus Christ of Latter-day Saints when I was eight years old, I had little interaction with boys my age because there was no one my age in our Paris Branch. In fact, the closest teens or young adults in the branch were five or more years older than I, and I was too shy to associate with those so much older. So with my mother serving as Primary president, I continued attending Primary to avoid activities with older kids. I taught the ten- and eleven-year-old boys and served as Primary secretary. Even though my mother taught me how to be a good mother to my dolls, I had few opportunities to be reassured that a woman’s life in the Church could be rich and rewarding.

At age twenty, I was called to serve as a coleader in our area’s M-Men and Gleaner program, the predecessor of today’s Young Adult program in the Church. The assignment required me to serve alongside a young man called as the other coleader. Wonder of wonders, I began falling in love with him and decided to serve a mission at the same time he did. What a surprise it was to learn that we had been called to serve in the very same mission. The Lord had humorous ways to prepare me for what He had in store for me.

One year after our missions, Christian and I were married for time and eternity. As newlyweds, we identified so many wonderful projects we planned to accomplish together, including the blessing we both desired most: starting our family. Although nothing happened quite the way we had imagined, our married life was remarkable and fulfilling: we moved nine times between France and Italy, established ourselves in careers that opened many doors for us to serve the broader Church, and learned leadership, compassion, and hope from interactions with people and cultures from around the world.

But our dream for children continued to evade us. This dream took more time—much more time. Our newlywed plans never counted on years of medical treatments; painful Relief Society lessons that focused on educating our children; or what felt like thousands of people constantly asking, “How many children do you have?”; our parents’ concerned and impatient question, “What is happening?”; and our own fervent and often short-tempered prayers that were always full of tears.

Those years followed a long and winding path, but I learned so much along the way. From prayer I learned patience and the real power of the Comforter. Many nights I cried to the Lord with tears on my pillow, feeling depressed and hopeless. Every morning I woke up with hope and new happy projects for the day: The Holy Ghost had used His healing power during my sleep. I must say also that quite often on Sunday I went to church with an angry and sometimes rebellious heart. It seemed to me that each sacrament meeting talk or each lesson showed only one model to obtain eternal life: be married in the temple and produce a sweet family with as many children as you can imagine. I called it the “Church Playmobile Family” principle.

However, I also learned from the scriptures during those years that such a model is not described in them. The scriptures do talk about men of God who struggled to find a good wife and about good women who were childless for many years. The scriptures describe their humiliation and despair as they held on with faith and obedience. In some of these stories, childless women even became mothers of prophets! Church leaders in general conference also comforted me with the reality of a “non-Playmobile happiness.” The Relief Society curriculum changed from focusing on motherhood and homemaker training to living the gospel. Women without children, such as Ardeth Kapp and Sheri Dew, were called to high Church responsibilities and proved to me that the Lord was no respecter of persons. He loves His daughters who do not bear children just as He loves those daughters who do.

Most of all, the Lord provided me wonderful alternatives to mother­hood through service in His Church. I served many times in Primary, where I had the opportunity to teach little ones, have fun with them, and feel their love. I served in Young Women, taught seminary, and was able to help teenagers find their way in the gospel and experience happiness in difficult times. And what an amazing opportunity to accompany my husband to Italy, where I served with my husband when he was called as mission president. I was mission mother, as they called me, to 386 elders and sisters who were only ten years younger than I!

In 1990, with the French Adoption Agreement and a convocation letter from the Kathmandu Orphanage Organization in my suitcase, I embarked for Nepal to bring our first child home. Yes, our kids were born under the “roof of the world,” at the feet of the Himalayan Mountains! I thought I would return with our son in ten days, but it turned out to be five weeks. Every day, I cried at the Nepalese Home Ministry when I heard repeatedly that I couldn’t return to France with my son. Again, I relied on fervent prayers, daily loving encouragements by phone from my husband, a special fast by the members of our stake, and the providential help of an American family I met in the Kathmandu Branch. They took me into their home and nurtured me physically and spiritually. Eventually, I was able to take a child by the hand and hear him call me the sweetest name: “maman.” His outstanding older brother joined our family only two years later, after many other steps and emotional ups and downs between disappointments, hope, and waiting.

We now have a wonderful family with joys and challenges such as those any other family knows. The Lord, in His love, spared me the pain of childbirth. I am so thankful for that. But I think—somewhere and somehow—I actually survived twenty years of pregnancy and five weeks and two years of delivery! I have tasted the tender mercies of the Lord. My Savior comforted and instructed me in my expectations. He gently took me by the hand to lead me where He knew I would find more wisdom and happiness than in the path I envisioned.

Today, I rejoice to be a woman, a wife, a mother, and a grandmother. But above all, I rejoice that I am a daughter of God, Who knows me.

A Place to Belong is filled with distinctive stories written by thirty-three modern women of faith who show from their own lives that there's more than one way to be a believing and contributing woman in The Church of Jesus Christ of Latter-day Saints. This collection celebrates the diverse lives that women lead and how they navigate their twin commitments to women's issues and to their faith. Available now at Deseret Book stores and at DeseretBook.com.