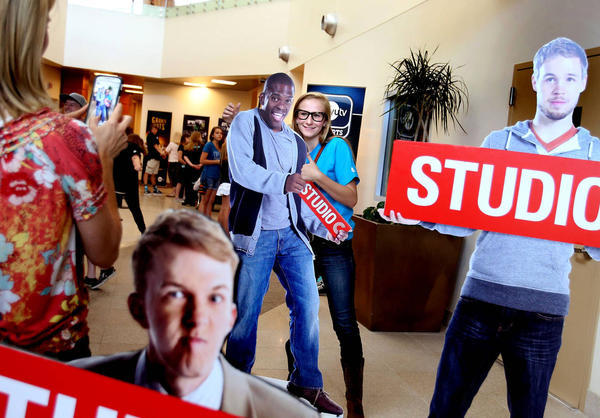 For Jason Gray, it happened at a hospital. The father-to-be found himself surrounded by nurses asking for pictures while his wife was in the middle of a 26-hour labor.

Whitney Call and her husband, fellow cast member Stephen Meek, were in a viewing room leading up to a funeral when a group of kids ran up to them quoting punchlines and asking for pictures. “They just love the show,” the children’s parents told the couple.

Matt Meese received a message one day from a high school friend who had just discovered that he was on a TV show. “My brother told me about it,” the friend told Meese. “He’s in prison.”

As “Studio C” begins its fifth season Oct. 6 on BYUtv, it’s safe to say that the once audacious venture — to produce a family appropriate sketch comedy show — has gained some traction.