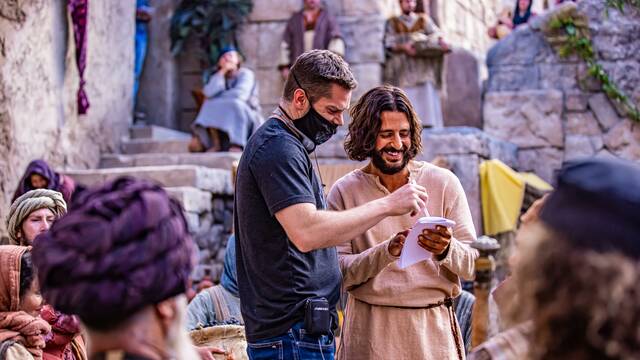 ‘The Chosen’ season 2 set to premiere on Easter Sunday

When the pandemic hit in early 2020 and people around the world began spending weeks in their own homes, The Chosen was made available for free online. For a show that relies on crowdfunding, the decision may have seemed questionable, but the show’s executive producer Derral Eves, a member of The Church of Jesus Christ of Latter-day Saints, told KSL that even with the decision to make the show available to anyone free of cost, it brought in enough money to fund the show’s entire second season.

“I don’t know how that works—impossible math,” Eves said.

On Easter Sunday, the show’s second season is ready to premiere and this time, those who are familiar with the Church’s Goshen motion picture studio may recognize much of the show’s set.

“Utah and The Chosen are really interlocked because of the amazing set at Goshen. By far, that is the most amazing set we’ve ever come across,” Eves said. “Where Jesus’s ministry is a lot in Jerusalem, there is no other set in the world like that.”

The Chosen is available to stream on VidAngel and through The Chosen app.