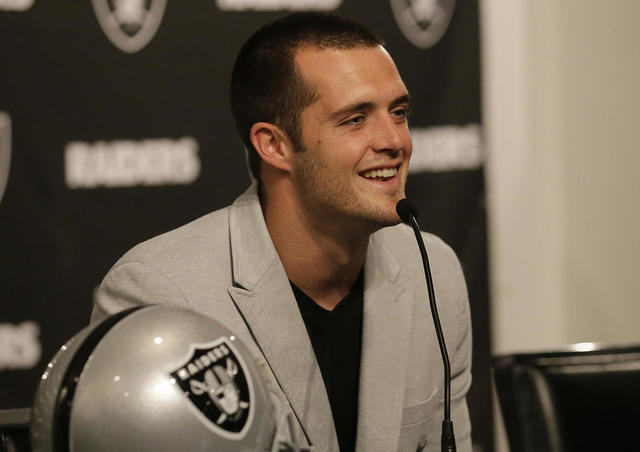 It's so inspiring seeing people living their faith and remaining vocal about it, despite fame or fortune.

He’s the highest-paid player in NFL history, and the first thing Derek Carr is going to do with the $125 million from his contract extension with the Oakland Raiders is pay his tithing, reported SB Nation.

"The first thing I'll do is pay my tithe like I have since I was in college," Carr told CBS Sports. "Giving $700 on a scholarship check. That won't change. I'll do that."

But Carr isn’t going to stop there.

"The exciting thing for me, money-wise, honestly, is that this money is going to help a lot of people," Carr continued. "I'm very thankful to have it and it's in our hands because it's going to help people, not only in this country, but in countries all around the world."