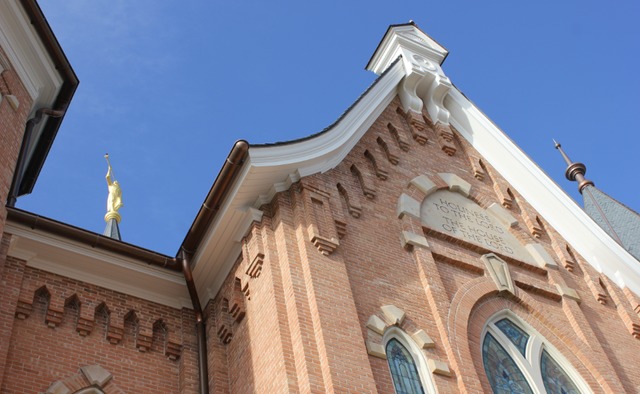 Walking through the doors of the Provo City Center Temple, time seems to ripple in on itself, transporting you to a well-loved past even as it turns hearts to the future. The smell of rich mahogany and walnut envelopes you immediately after opening the doors, and remnants of the temple's history glimmer from unexpected corners.

"Many of you remember in 2010 when the temple was burned to the ground. It was literally nothing but ashes," Elder Larry Y. Wilson of the Second Quorum of the Seventy said while guiding a media tour of the temple. "But, when I look around me today, I am reminded of the phrase in Isaiah . . . 'To appoint unto them that mourn in Zion, to give unto them beauty for ashes'" (Isaiah 61:3).

One look around the temple, and it's clear that none of the fire's damage and heartache remain. It's all been replaced with an exquisite beauty that captures the love and sacrifice Saints have given for the temple and tabernacle over the past 150 years. It's remarkable to note that exactly five years after fire gutted and burned the Provo Tabernacle, leaving nothing but ashes inside its skeletal walls, construction on the temple officially ended, fulfilling the prophetic words of Elder Holland that "like a phoenix out of the ashes" a new temple would be built "on the ground and out of the loving memory of our beloved tabernacle."

Now, the Provo City Center stands ready for the public open house (January 15) and ready to be dedicated as the 150th temple of The Church of Jesus Christ of Latter-day Saints (March 20). For those who plan on touring this magnificent new temple or want to learn more about its history, here are a few unique stories and tidbits you won't want to miss:

More than half the temple is underground.

Because the temple was designed with the intent to preserve as much of the historical integrity of the Provo Tabernacle as possible, most of the expansion of the temple occurred below ground. The Provo City Temple consists of four levels: two underground and two above ground. Each level is roughly 11 to 12,000 square feet, all except the upper underground level, which was expanded to 53,000 square feet to provide enough space for all of the essential ordinance rooms in the temple.

As Elder Wilson noted, as one travels through the rooms of the temple, "there's a sense of rising heavenward and being drawn towards God in the work that happens here."

The temple contains multiple inscriptions of "Holiness to the Lord, the House of the Lord." 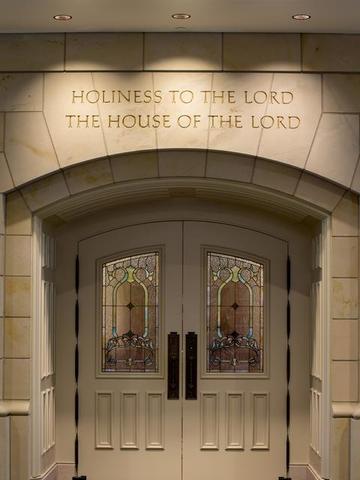 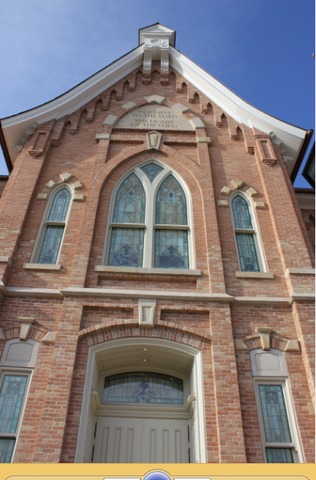