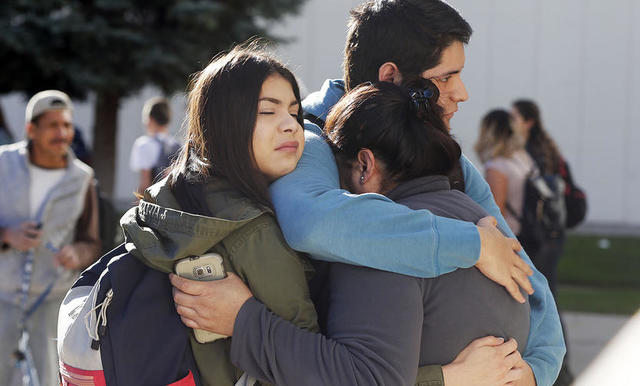 In a locker room at Mountain View High School in Orem, Utah, a 16-year-old boy violently stabbed five other students before stabbing himself on November 15. Five of the students have already been released from the hospital, something the school's principal credits to a number of miracles.

“There was a higher power at work to save lives here at Mountain View High School,” Principal Taran Chun said.

Mountain View High School Principal Taran Chun believes divine providence may have helped at least one student survive a brutal stabbing spree at the school after he was severely injured.

In a letter written earlier this week to the "Mountain View High School community," Chun detailed the student's account of the Nov. 15 attack inside a boys' locker room, in which he said he felt somehow guided to where he received help from the principal and another administrator.

Chun, who visited with the five victims in their homes after they were released from the hospital, credits angels with assisting that chaotic morning. He also said the students are not angry with the boy who attacked them and have forgiven him.

Lead image from Deseret News of a family hugging as they reunite outside Mountain View High School in Orem on Tuesday, Nov. 15, 2016, following a stabbing at the school.