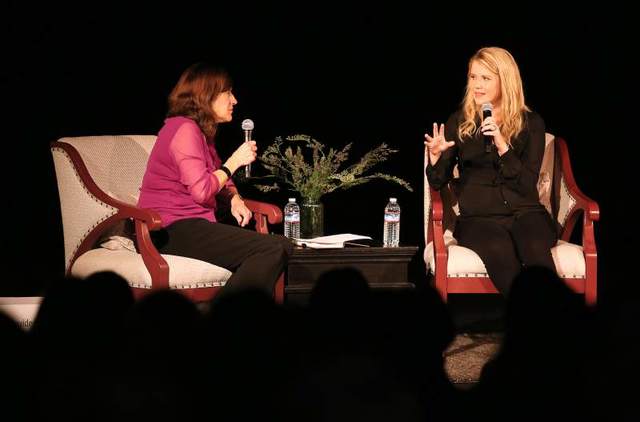 "You Will Always Be My Daughter": How the Love of Elizabeth Smart's Mother Helped Her Overcome Abuse

On Monday at the Sonoma County Women in Conversation event in Santa Rosa, California, Elizabeth Smart recounted her harrowing abduction.

But she also shared the crucial thing that helped her survive—her mother's love.

Smart, who was abducted by Brian David Mitchell and his wife, Wanda Barzee, spent nine months in captivity.

After the first night of her capture, Smart told the 400 audience members at Sonoma County Women in Conversation that her rape was so “devastating and completely shattering” that she considered the children who died during child abductions "the lucky ones" because no one could ever hurt them again, according to pressdemocrat.com.

But then she remembered something her mother had told her.

“You will always be my daughter,” Smart recalled, according to pressdemocrat.com. “Nothing can ever change that.”

With that in mind, Smart also recalled the love of her father and her family, giving her the motivation to keep going.

“I decided I would do whatever it took to survive,” she said, according to pressdemocrat.com.

It wasn't until Smart was recognized by police officers while the three were walking down a street in Sandy, Utah, that she was rescued.

Nearly 15 years later, Smart says that she has forgiven her captures, "“If I didn’t forgive them, it would affect me every day of my life,” she said, according to pressdemocrat.com. “Forgiveness was not for them, but it was for me.”

She also advised audiences that though they may face hardships to “not let what’s happened to you define who you are.”

Lead image from The Press Democrat

In the nine years after her rescue, Smart transformed from victim to advocate, traveling the country and working to educate, inspire and foster change. She has created a foundation to help prevent crimes against children and is a frequent public speaker