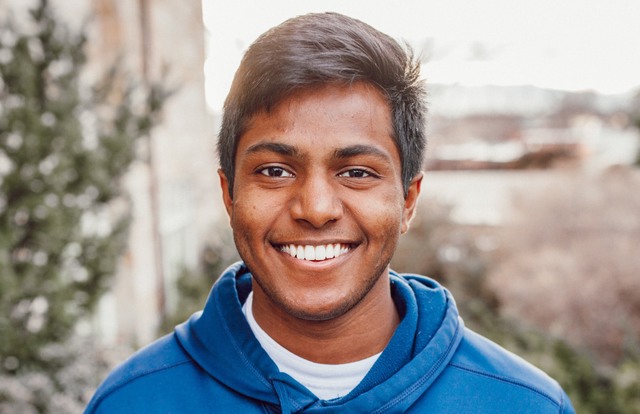 "Your Ancestors Are Watching": The Needed Message This Man Received After Converting to the Church from Hinduism

On the day Sai Maddali was baptized into The Church of Jesus Christ of Latter-day Saints, he initially emerged from the water with feelings of peace and comfort.

Then came guilt and second thoughts, as if joining this new religion meant he was somehow forsaking his Indian and Hindu cultural heritage.

Unaware of the new convert's inner turmoil, Maddali's bishop shared words that not only put him at ease but that he would also find strength in for years to come.

"Sai, I know this was hard for you. I am so proud of you," the bishop said. "As you were being baptized, I felt such a strong presence. I know your ancestors are watching you with happiness. They are proud of you too. There is so much family history work that is waiting for you and I testify that your family is watching you. . . . They are taking care of you and they are happy to know that they may see you again."

While not from traditional pioneer stock, Maddali's decision to become a Latter-day Saint has enabled him to become a modern-day pioneer and blaze a new trail of faith for his family and other nontraditional converts. The journey has been rocky at times, even after his conversion, but the 20-year-old Brigham Young University student has no regrets and is determined to carry on.

"I often feel the burden of representing the Church in circles where no one has interacted with members before. It sometimes feels that some of the aspects that make me like a modern-day pioneer distance me from the traditional church experience," Maddali said. "However, this itself comes as a testament to me of the strength of faith. I know I have a purpose in God's kingdom and it's powerful to be able to rely on that knowledge."

Maddali's parents immigrated to the United States from India and made their home in Georgia, where they raised their son in the Hindu religion.

After graduating from high school, Maddali received a scholarship to Georgia State University in Atlanta. During freshman orientation, he met a girl who he learned was a Latter-day Saint. They became good friends.

This friend invited Maddali to attend Sunday worship services, which he did. She later introduced him to a companionship of sister missionaries.

"Looking back, I didn't know whether I agreed out of genuine excitement to learn or whether I was simply too nice to say no," Maddali said. "But it was a great decision to accept the lessons."

In the first meeting, he learned about the plan of salvation for the first time and found comfort in discovering he was a child of God, Maddali said.

Another memorable moment came when Maddali met with the sister missionaries on the Atlanta Georgia Temple grounds, where they taught him about the purpose of the temple and the eternal nature of families. As someone from a non-Christian background who had lived his life far away from most of his family, he felt a "strong spiritual connection to temples" and their importance, Maddali said.

Maddali read the scriptures and said his prayers but didn't seriously consider baptism because he hadn't yet received a miraculous sign from God. But as he reflected on his experiences, he realized God had already manifested Himself in other simple ways.

"I had come to the conclusion that I wanted to be baptized not by anything out of the ordinary but by prayer and reading scripture," Maddali said. "Right after coming to the realization, I thought, 'How am I going to tell my friends and family?'"

He soon broke the news to his friend while they were on a walk. They notified the sister missionaries and set a baptismal date.

Telling his parents was difficult. They were disappointed and felt their son was rejecting his family heritage. This caused Maddali to question his feelings about joining the Church.

While wrestling with what to do, Maddali found spiritual closure in reading the Savior's words in the Book of Mormon:

"And again I say unto you, ye must repent, and be baptized in my name, and become as a little child, or ye can in nowise inherit the kingdom of God. Verily, verily, I say unto you, that this is my doctrine, and whoso buildeth upon this buildeth upon my rock, and the gates of hell shall not prevail against them" (3 Nephi 11:38-39).

"I decided right then that I had to continue being baptized," Maddali said, "no matter the complicated questions that were still in my mind."

After his baptism, and with the bishop's timely words, Maddali received the gift of the Holy Ghost and about 150 members raised their hands as a show of support for their newest member. Maddali felt loved and welcomed into his new family.

Maddali will reach the second anniversary of his baptism in December. In the last year and a half, he has transferred to BYU and continues to grow in his new faith.

One year after he joined the church, Maddali set some personal goals.

"I knew I could do better," he said. "My focus was on being the best Latter-day Saint I could be; every other New Year's resolution spun out of the desire to follow Christ's teachings."

In addition to receiving the priesthood, Maddali served as a ward missionary and gospel principles instructor. He also performed baptisms for the dead and received his endowment in the temple.

While originally heartbroken, Maddali's parents have warmed to his religion. A turning point came when his mother met other Latter-day Saints at a parents' orientation at BYU.

"She was impressed with how positive and faithful those members were," Maddali said. "Although I don't expect my parents to ever join, their influence on my life as religious Hindus were integral to my ability to join."

Many have criticized Maddali's parents for failing to teach him Hindu values and blamed them for "leaving" the Indian culture and heritage he grew up in. Others say Maddali joined the Latter-day Saint faith for a girl and they question his judgment for joining a church with unpopular world views, he said.

These are just a few of the challenges he's faced from people outside the Church.

Inside the church, Maddali's Indian and Hindu background has little in common with traditional Utah members who have served missions, hold large family gatherings during holidays or whose fathers can give their children father's blessings, not to mention different tastes in music and dress, he said.

"Being a convert made me question whether I had the same blessings that other members did," Maddali said. "I guess the biggest problem that these experiences boil down to is feeling alone as a convert."

But Maddali says many "wonderful" Church members have included him in different activities and invited him into their homes. Most importantly, he has felt of the Savior's understanding and love.

"What truly made the difference for my ability to feel like I belonged was looking to the Savior," Maddali said. "I needed to remember who I was trying to be was Him, not the other members of the Church." 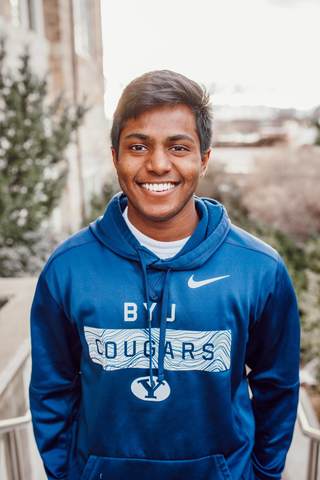 While at BYU, Maddali has become a leader in the Converts Club, an organization used to create dialogue and discuss concerns about being a convert within the Church. This has allowed him to host dinners and invite those from nontraditional Latter-day Saint families. He often tells other converts the most important thing to focus on is hope.

"Find what allows you to maintain hope every day. For me, that is reading scripture daily," Maddali said. "Once you are able to feel strong with your hope, be the person you know our culture needs to help others feel like they belong. We are children of God so we definitely have the capability to do so. There are millions of pioneers still joining our communities who have made incredible sacrifices to join our ranks; it is our duty to help them if we can."

No matter what background a convert comes from, be sure to make room for them — that's the lesson Maddali hopes people take from his story.

"We all come from different paths filled with sacrifice, but especially for our converts, there is a long journey of continually adapting to the unique lifestyle that is within the church," Maddali said. "Being a convert goes much further and longer than our baptism."