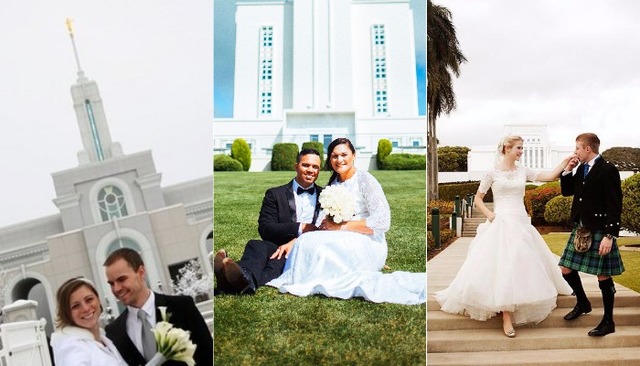 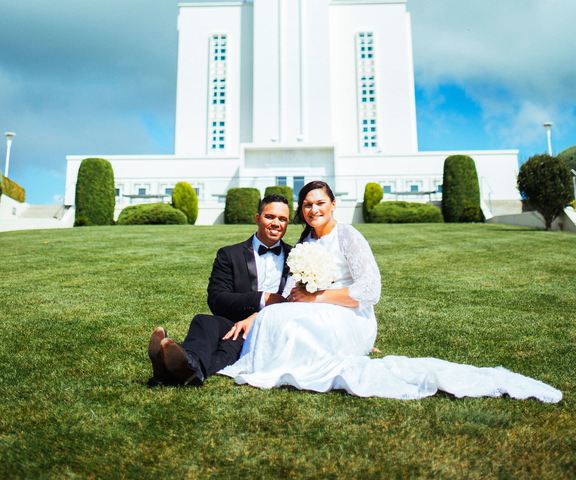 Olympic gold medalist Valerie Adams married Gabriel Price in the Hamilton New Zealand Temple on April 3, 2016. The shot put champion told Woman's Day, "The temple is beautiful and the ceremony inside where we sealed the deal was wonderful."

"This is even more amazing than winning an Olympic gold medal," Valerie told Woman's Day. "That's outstanding in its own special way, but it doesn't compare to how I feel now."

Read more about Valerie and other Mormon Olympians that competed in Rio here. 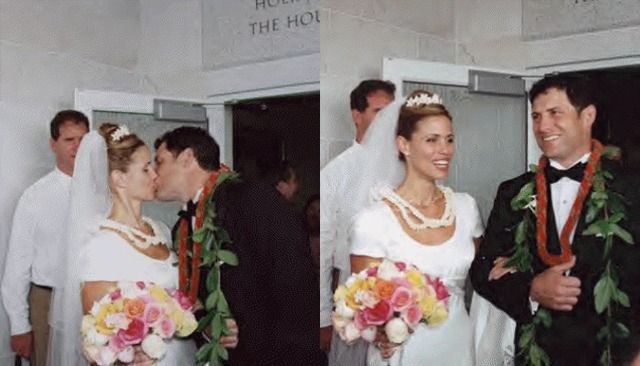 On March 14, 2000, football legend Steve Young and his wife, Barbara, were the first couple sealed in the newly dedicated Kona Hawaii Temple.

A decade before they started dating, a mutual friend tried to convince Barb to go on a blind date with his friend, Steve Young. Opposed to dating professional athletes, she turned him down. However, after a decade passed, they finally went on that blind date and were married soon after.

Read more about how Steve Young and Barb fell in love in this excerpt from his autobiography, QB: My Life Behind the Spiral. 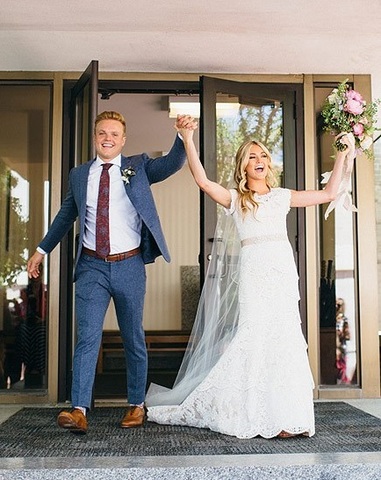 Professional dancer Lindsay Arnold married her high school sweetheart, Samuel Cusick, on June 18, 2015, in the Salt Lake Temple. Arnold competes on the TV show Dancing with the Stars as a pro dancer.

"I'm so excited to dance through life with Sam," she told People. "I could never have imagined that when I was 16 years old I would have met the man I would marry and who would be my partner—yesterday, today, and tomorrow!" 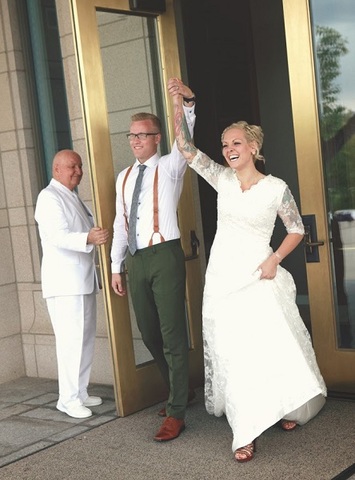 On August 22, 2013, the popular LDS blogger Al Fox married Benjamin Carraway in the Oquirrh Mountain Utah Temple. Known as the "Tattooed Mormon," Al Fox blogged about her experience on her personal blog.

However, her journey to the temple was preceded by her incredible journey to join the Church, which you can read about here, or in her book, More than the Tattooed Mormon. 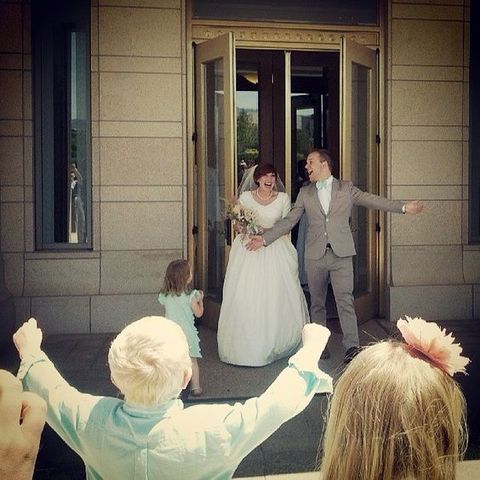 On May 24, 2013, Stephen Meek and Whitney Call were sealed in the Oquirrh Mountain Utah Temple. Best known for their work in the sketch comedy group Studio C, Stephen and Whitney even have their proposal documented on video:

To learn more about Studio C and what married life has been like for these two, read The Ultimate Guide to Studio C: Everything You Wanted to Know About the Cast and the Show.