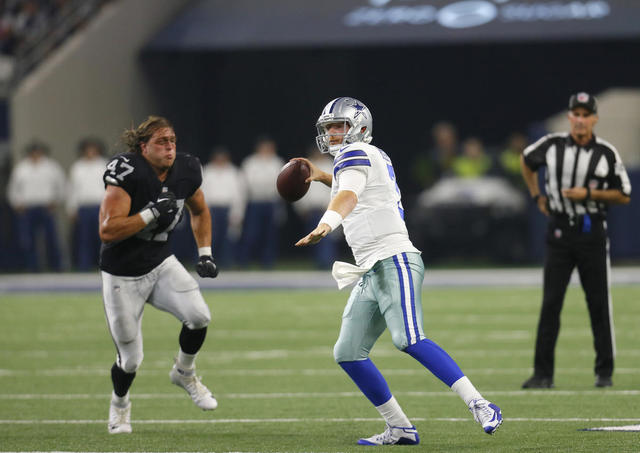 10 Returned Mormon Missionaries in the NFL

Check out these 10 incredible athletes who also served missions for the Church.

This past offseason, Oakland Raider linebacker James Cowser accepted an internship with NFL China and traveled to Asia.

It wasn't Cowser's first trip overseas, and it helped that the former Southern Utah Thunderbird spoke the language.

"Back in 2009, I redshirted in college, and then I took two years off, and I did a mission for my church, where I went out and I actually had the opportunity to live in Hong Kong for two years and work with the people out there, so that’s kind of why I know the language," Cowser said in a blog for Raiders.com. "I’m pretty decent at Cantonese, but I’m way better in Mandarin, so through my experiences out there, the people at NFL China thought it would be an awesome opportunity to have a big goofy American kid come out and speak to them in their own language, and try to do some good stuff."

Cowser is one of at least 10 returned Mormon missionaries on NFL rosters this season.

This list is not all-inclusive. If you know of a returned missionary playing in the NFL that we have missed, please send an email to ttoone@deseretnews.com with the name of the player and his team.

Isaac Asiata was drafted by Miami last spring and is entering his rookie season.

The former University of Utah offensive lineman served his mission in Tulsa, Oklahoma, and parts of Missouri and Arkansas.

"That was probably one of the greatest times of my life," Asiata told MiamiDolphins.com. "I'm a real spiritual guy. I love the LDS Church and my faith. To be able to go somewhere and do something not for yourself — that's what the mission was, to forget about myself, serve others and serve the Lord. That was huge for me to grow up, mature and become a better human being overall."