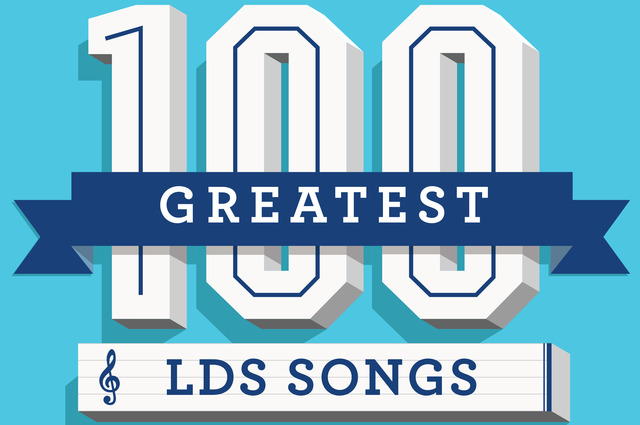 Check out the full list of all 100 songs, chosen by voters, or buy the January/February issue of LDS Living to learn the rest of the stories behind the top 10 songs.

Want to listen rather than read (or both!)? Buy the album, which includes 15 of our favorite songs from the top 100. You can also download the entire album or individual songs.

During a time of frustration over a seemingly unanswered prayer, Janice Kapp Perry wrote a song called “Lord, Are You There?” She later decided to write a children’s version, which she entitled “A Child’s Prayer.”

“We are all human and occasionally wonder, in difficult times, if the Lord is really there to hear and answer our prayers,” she says. Perry has received many touching letters through the years from people who have had personal experiences with this song. One mother related that when her small child needed an MRI, they could not get him to lie still until she promised to entertain him with Primary songs. He said, “Okay, I’ll go first,” and then started singing “A Child’s Prayer,” which brought tears to the doctors’ eyes.

Perry also had a very personal experience with this song in July 1998. “Just three days after my husband and I returned from the Tabernacle Choir’s European tour, we were involved in a serious car accident in which the front of my throat was badly ruptured and was bleeding internally,” she recalls. “At a time when I was finding it difficult to speak, swallow, and breathe, I was told by hospital personnel that I needed to lie flat and absolutely still for thirty minutes while a CAT-scan assessed the damage to my neck. I desperately searched for something to calm me emotionally. I closed my eyes and repeated these words over and over in my mind for the duration of the test: ‘Pray, He is there; speak, He is listening. You are His child, His love now surrounds you.’ Surgery and rest eventually healed my throat, but the words of the song calmed my spirit at a critical time.”

She adds, “Over the years, it has become clear that this song is the people’s favorite. Of the thirteen hundred songs I’ve written, this is my favorite, too.”

Kenneth Cope sat in the empty TV room of his in-laws’ house in Blackfoot, Idaho. It was Thanksgiving break, 1988, and while everyone else napped, Cope meditated, guitar in hand, on several half-formed ideas rolling around in his head. Earlier that year he had met with someone at his record label who mentioned he’d always wanted someone to do an entire album on the life of Christ. “I’m gonna do that,” Cope resolved, but he had yet to really start. Also bouncing around in his mind was the memory of specific words from a conference talk: “Christ has no hands but our hands.”

And suddenly, it all came together. Words and music started coming to his mind, and before the weekend was out, Cope had mostly finalized “His Hands,” one of the tracks to his album Greater Than Us All and certainly the most popular song of his career.

“It just all came so easily,” Cope says, crediting it to spiritual guidance. “It was one of those experiences where I knew Who was talking to me. It was clear and it was a sentence. It was, as Joseph Smith calls it, pure intelligence.”

He continues, “Having these desires to make my hands like Jesus’, to be a disciple and follow him, . . . and then to voice it and create it . . . I just feel so glad that I was a part of making it.”

One of the top ten LDS songs wasn’t written by a big-name LDS artist, or by a man who even considers himself a musician at all. In fact, in 1974, high school senior Jeff Goodrich wrote “I Heard Him Come” for a seminary devotional assignment the night before it was due.

“I just presented it for the seminary class and our teacher liked it,” he says. His teacher and fellow students liked it so much the teacher copied the lyrics on a mimeograph machine, and they learned the catchy tune by memory because Goodrich didn’t have it written in notation. From there, his fellow seminary students performed the song at various church functions, where the tune caught on, getting the attention of popular LDS artists.

“A year or two later when I was on my mission, people started to do different arrangements of it,” Goodrich says. “The first big break for ‘I Heard Him Come’ probably came when Afterglow recorded it.” In 1989, 15 years after Goodrich had written the song, he got a phone call from Jackman Music, who had heard different versions and wanted to copyright it and have Goodrich finally record it himself.

“It’s a song about the Savior and how he touches people’s lives,” he says. “It talks about a leper, and in a way, all of us have a spiritual leprosy—an ailment that will progress and grow if it’s not checked or healed or reversed. Because of the Atonement, we can reverse those effects.”

Goodrich is pleased “I Heard Him Come” miraculously stayed true to his original tune and lyrics, considering he never wrote the song down. This whim-of-a-song composed late at night by a teenage boy has touched many lives over the years, but Goodrich takes no credit.

“It’s the Spirit that made the song, it’s not Jeff Goodrich,” he says. “I just happened to have a guitar and captured the melody and words.”